The Court granted certiorari in Iancu v. Brunetti regarding the constitutionality of Section 2(a) of the Lanham Act, 15 U.S.C. § 1052(a), which  prohibits the federal registration of “immoral” or “scandalous” trademarks. The Federal Circuit Court of Appeals held that the section violates the First Amendment. At issue was a rejection to a trademark to Brunetti's apparel line named "fuct."  The Federal Circuit Court concluded with an interesting analogy to copyright protection and the First Amendment:

The trademark at issue is vulgar. And the government included an appendix in its briefing to the court which contains numerous highly offensive, even shocking, images and words for which individuals have sought trademark registration. Many of the marks rejected under §2(a)’s bar on immoral or scandalous marks, including the marks discussed in this opinion, are lewd, crass, or even disturbing. We find the use of such marks in commerce discomforting, and are not eager to see a proliferation of such marks in the marketplace. There are, however, a cadre of similarly offensive images and words that have secured copyright registration by the government. There are countless songs with vulgar lyrics, blasphemous images, scandalous books and paintings, all of which are protected under federal law. No doubt many works registered with the Copyright Office offend a substantial composite of the general public. There are words and images that we do not wish to be confronted with, not as art, nor in the marketplace. The First Amendment, however, protects private expression, even private expression which is offensive to a substantial composite of the general public. The government has offered no substantial government interest for policing offensive speech in the context of a registration program such as the one at issue in this case.

We hold that the bar in § 2(a) against immoral or scandalous marks is unconstitutional because it violates the First Amendment. 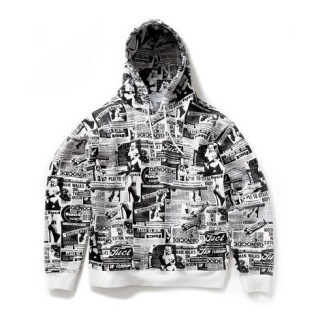 The Federal Circuit relied heavily on  Matal v. Tam (2017) involving the band "the Slants" in which the United States Supreme Court decided that the "disparaging" provision of the same section of the Lanham Act violated the First Amendment. Recall that the Federal Circuit had also decided Matal v. Tam (f/k/a In Re Simon Shiao Tam) en banc, and the litigation in Brunetti has always been somewhat in the shadow of Tam. The Federal Circuit's opinion, rendered more than a year ago, contended that while the "immoral” or “scandalous” provisions might well be viewpoint restrictions as in Tam, they were certainly content discrimination under the First Amendment.

The concurring judge of the Federal Circuit panel in Brunetti argued that the section was amenable to a narrowing and saving construction limited to obscenity (although he agreed that because the name of Brunetti's apparel line was not obscene the trademark was unconstitutionally denied registration). The United State Supreme Court's purpose in granting certiorari is not immediately obvious, but the Under Secretary of Commerce's petition for certiorari picked up the concurring opinion's contention and argued that the Court should not declare the provisions facially unconstitutional.