Recall that this challenge is one of several to the proposal to add a citizenship question to the 2020 census.  Recall also that in July, Judge Furman denied in part motions to dismiss and allowed the case to proceed.  Judge Furman also allowed discovery in the form of a deposition of Wilbur Ross, an order which was stayed and is now before the United States Supreme Court: oral argument in Department of Commerce v. USDC Southern District of New York is scheduled for February 19, 2019, with the question presented as under the Administrative Procedure Act. 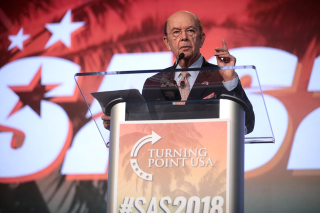 Here New York joins seventeen other state plaintiffs, the District of Columbia, as well as six cities and the United States Conference of Mayors, and the case is consolidated with New York Immigration Coalition v. United States Department of Commerce, with NGO plaintiffs. The claims involve the "actual enumeration" requirements in the Constitution,  Art. I, § 2, cl. 3, and Amend. XIV, § 2, as well as the Administration Procedure Act, with the NGO plaintiffs also raising a Due Process/Equal Protection claim which Judge Furman considered. The case was heard by Judge Furman in an eight day bench trial, despite, as Judge Furman's opinion phrases it the Defendants who have "tried mightily to avoid a ruling on the merits of these claims."

Judge Furman's lengthy opinion helpfully contains a table of contents which serves as an outline for the complicated facts and process involved in the case.

A large portion of Judge Furman's opinion is devoted to the constitutional question of standing. This Article III issue — requiring an injury in fact, fairly traceable to the challenged conduct of the defendant, and that is likely to be redressed by a favorable judicial decision — is in essence a question of the Enumeration Clause problem.  In other words, to prove injury in fact, the Plaintiffs must prove that the addition of the citizenship question would impact enumeration in a particular way, or "cause a differential decline" in self-response rates which would not be cured, and which would effect apportionment and other matters. For Judge Furman, these and other claims, including a diversion of resources, harm to the quality of data used in intrastate policies, were sufficient to confer standing to the states. Additionally, Judge Furman addressed and found for the most part associational standing for the NGO plaintiffs.

On the merits, Judge Furman rested his decision on the APA claims, including that the decision violated provisions of the APA, was arbitrary and capricious, and most unusually, pretextual.

The evidence in the Administrative Record and the trial record, considered separately or together, establishes that the sole rationale Secretary Ross articulated for his decision — that a citizenship question is needed to enhance DOJ’s VRA enforcement efforts — was pretextual.

Judge Furman found that the "presumption of regularity" was rebutted here.

However, Judge Furman found that the equal protection claim (as part of Due Process Clause of the Fifth Amendment) as pressed by the NGO plaintiffs could not be sustained. Essentially, Judge Furman found that there was not sufficient proof that the pretextual decision was a pretext for discriminatory intent necessary under equal protection, as had been alleged and survived the motion to dismiss, but which now — without the deposition of Wilbur Ross — was not possible to prove, at least not yet.

Measured against these standards, Secretary Ross’s decision to add a citizenship question to the 2020 census — even if it did not violate the Constitution itself — was unlawful for a multitude of independent reasons and must be set aside. To conclude otherwise and let Secretary Ross’s decision stand would undermine the proposition — central to the rule of law — that ours is a “government of laws, and not of men.” John Adams, Novanglus Papers, No. 7 (1775). And it would do so with respect to what Congress itself has described as “one of the most critical constitutional functions our Federal Government performs.” 1998 Appropriations Act,
§ 209(a)(5), 111 Stat. at 2480-81.

The government is sure to appeal.