The Court has granted certiorari in Maryland-Capital Park and Planning Commission v. American Humanist Association centered on the constitutionality of a 40 foot "Latin Cross," owned and maintained by the state of Maryland and situated on a traffic island taking up one-third of an acre at the busy intersection of Maryland Route 450 and U.S. Route 1 in Bladensburg, Md.

Recall our earlier discussion regarding the divided decision in which the Fourth Circuit concluded that the government cross violated the First Amendment's Establishment Clause, reversing the district judge. In essence, the majority found that while there may be a legitimate secular purpose to the cross, considering that it was erected to local soldiers who died in World War I, the cross is specifically Christian and "the sectarian elements easily overwhelm the secular ones" in the display. A "reasonable observer" most likely viewing the 40 foot cross from the highway would fairly understand the Cross to have the primary effect of endorsing religion and entangles the State with religion. 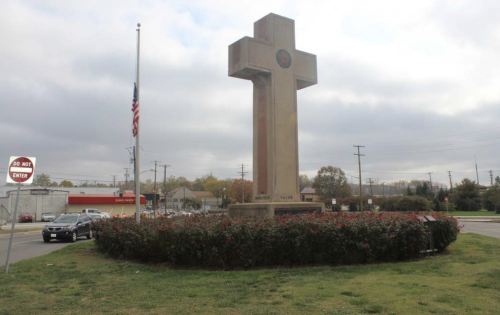