The motion to dismiss argued in part that the state court lacked jurisdiction over "Mr. Trump" because pursuant to the Supremacy Clause, Article VI, a "sitting president may not be sued.  As Justice Scarpulla stated, the New York Attorney General noted that Trump "failed to cite a single case in which any court has dismissed a civil action against a sitting president on Supremacy Clause grounds, where, as here, the action is based on the president's unofficial acts." Justice Scarpulla relied the United States Supreme Court's unanimous 1997 decision of Clinton v. Jones holding that then-President Clinton was subject to a civil action, and agreeing with another New York judge in Zervos v. Trump, held that this extended to state courts as well as federal. Justice Scarpulla rejected Trump's arguments that state courts are less fair to federal officials and less able to manage accommodations for a sitting president, pointing out that state courts were equally fair and competent. She also rejected the argument that state courts were less suited to address legal issues against federal officials:  "The dissenting opinion that Respondents cite for this proposition simply noted that federal courts have greater expertise than state courts in applying federal law" and here, "resolution of the petition is governed entirely by New York law, thus a federal court's alleged superior knowledge of federal law is inapposite." 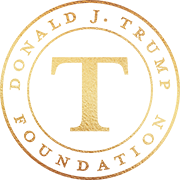 The Trump respondents also argued the petition should be dismissed because of bias by the former Attorney General and the office as a whole.  Justice Scarpulla concluded that there was not a sufficient evidentiary basis for bias, conflict of interest, or abuse of confidence, and that "given the very serious allegations set forth in the petition," there is "no basis for finding that animus and bias were the sole motivating factors" for the petition.

The Trump respondents also raised grounds for dismissal of specific claims, including claims surrounding the misuse of foundation funds during the campaign; Justice Scarpulla rejected all of these.

Justice Scarpulla's order notes that the Foundation has been "attempting to voluntarily dissolve for the past two years" and urges the parties to reach an agreement leading to that dissolution. Justice Scarpulla did dismiss as moot one count of the petition which sought an injunction against continuing operation of the Foundation, stating that the Trumps were attempting to dissolve the foundation and that no injunction was necessary.

This decision by a trial judge — New York's Supreme Courts are trial courts — is not a final order, but if Trump's past litigation strategies are any indication, he will attempt to forestall answering the petition, which Justice Scarpulla ordered be done within 45 days.