In his opinion in Brackeen v. Zinke, United States District Judge for the Northern District of Texas, Reed O'Connor, entered summary judgment for the plaintiffs and found that portions of the Indian Child Welfare Act, ICWA  are unconstitutional, specifically violating equal protection, the non-delegation doctrine of Article I, and the commandeering principle of the Tenth Amendment.  Passed in 1978, the general purpose of ICWA is to prevent Native children from being removed from their families and tribes based on a finding that "an alarmingly high percentage of Indian families [were being] broken up by the removal, often unwarranted, of their children from them by nontribal public and private agencies” as Judge O'Connor's opinion acknowledged, quoting Adoptive Couple v. Baby Girl (2013) (quoting 25 U.S.C. § 1901(4)).

Judge Reed O'Connor, however, accepts an argument that was sidestepped by the United States Supreme Court in Baby Girl: that ICWA violates equal protection (applied to the federal government through the Fifth Amendment) by making a racial classification that does not survive strict scrutiny. Recall that in some briefs as well as in the oral argument, the specter of the racial classification was raised.  In United States District Judge O'Connor's opinion, that specter is fully embodied. Judge O'Connor found that ICWA does make a racial classification, rejecting the government's view that the classification at issue was a political category. Judge O'Connor reasoned that ICWA defines Indian child not only by membership in an Indian child, but extends its coverage to children "simply eligible for membership who have a biological Indian parent." Thus, Judge O'Connor reasoned, ICWA's definition "uses ancestry as a proxy for race" and therefore must be subject to strict scrutiny.  Interestingly, the United States government did not offer any compelling governmental interest or argued that the classification is narrowly tailored to serve that interest. Judge O'Connor nevertheless credited the Tribal Defendants/Intervenors assertion of an interest in maintaining the Indian child's relationship with the tribe, but found that the means chosen was overinclusive, concluding that

On the non-delegation claim, Judge Reed O'Connor found it fatal that ICWA allows Tribes to change the child placement preferences selected by Congress and which then must be honored by the states in child custody proceedings. 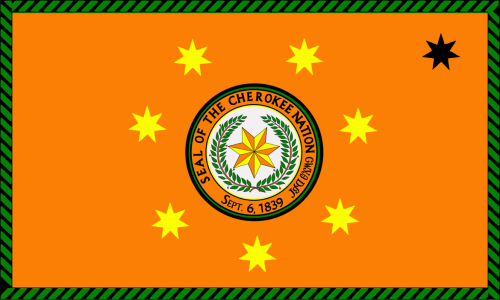 Congress violated all three principles [articulated in Murphy] when it enacted the ICWA. First, the ICWA offends the structure of the Constitution by overstepping the division of federal and state authority over Indian affairs by commanding States to impose federal standards in state created causes of action. See 25 U.S.C. § 1915(a). Second, because the ICWA only applies in custody proceedings arising under state law, it appears to the public as if state courts or legislatures are responsible for federally-mandated standards, meaning “responsibility is blurred.” Third, the ICWA shifts “the costs of regulations to the States” by giving the sole power to enforce a federal policy to the States.  Congress is similarly not forced to weigh costs the States incur enforcing the ICWA against the benefits of doing so. In sum, Congress shifts all responsibility to the States, yet “unequivocally dictates” what they must do.

With more abbreviated analysis, Judge Reed O'Connor found that the applicable regulations pursuant to ICWA violated the Administrative Procedure Act and that Congress did not have power to pass ICWA under the Indian Commerce Clause because it was limited by the Tenth Amendment. However, Judge O'Connor rejected the individual prospective plaintiffs' argument that ICWA violated the Due Process Clause's protection of family rights.
This opinion finding a long-standing statute unconstitutional is sure to be appealed, especially by the Cherokee Nation and other Tribal Intervenors.