In his 14 page opinion as a minute order in Cliffords v. Trump, the federal judge dismissed the claim of Stormy Daniels (a/k/a Stephanie Clifford) against President Trump for defamation.  Recall the claim was based on Trump's tweet  "A sketch years later about a nonexistent man. A total con job, playing the Fake News Media for Fools (but they know it)!" Daniels' complaint claimed that Trump was not only attacking the truthfulness of  Daniels, but also accusing her of a crime: fabricating a crime and an assailant, both of which are crimes under New York law. The complaint alleges that Trump "made his statement either knowing it was false, had serious doubts about the truth of his statement, or made the statement with reckless disregard for its truth or falsity."

The judge, however, found:

Mr. Trump's statement constituted "rhetorical hyperbole" that is protected by the First Amendment.

Additionally, the judge denied a motion to amend the complaint: 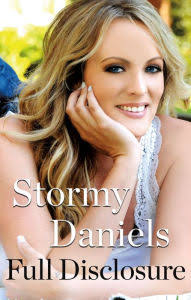 The Court holds that Mr. Trump's tweet is "rhetorical hyperbole" and is protected by the First Amendment. Plaintiff cannot amend the Complaint in a way that challenges this holding. During argument on this matter, Plaintiff suggested that she could amend her Complaint to "shore up the malice allegations" and to "provide context for the statement to show that, in fact, it was not political nature at the time it was made." (Transcript * * * ) The former amendments are futile because this Court rules that Mr. Trump's tweet is protected by the First Amendment. The issue of malice is irrelevant to this holding. The latter amendments are futile because there is no way for Plaintiff to amend the Complaint to transform the tweet from "rhetorical hyperbole" into an actionable statement. * * * * Plaintiff cannot change Mr. Trump's tweet or the basic context of the tweet. Nor can Plaintiff withdraw factual allegations that she has made in pleadings before this Court. In the other litigation before this Court, Ms. Clifford argues that Mr. Trump sought to silence her as a strategy to win the Presidential election, a clear argument against the legitimacy of Mr. Trump's Presidency. Mr. Trump issued the tweet as a rejoinder against an individual challenging him in the public arena. This is the definition of protected rhetorical hyperbole. The Court denies Plaintiff leave to amend the Complaint.

The result is not surprising given reports that after a hearing several weeks ago,  Judge James Otero indicated he would be dismissing the action.