In its unanimous judgment and opinions in Johar v. Union of India, the Supreme Court of India has declared that §377 of the Indian Penal Code, which prohibited "carnal intercourse against the order of nature" is unconstitutional.  The Court overruled the 2013 judgment in Koushal v. NAZ Foundation which we discussed here.

The opinions of the Court, totaling just short of 500 pages, rest the decision on Articles

of the Constitution of India.  The opinions include extensive discussions of cases from other nations and jurisdictions finding that criminalization of same-sex relations is unconstitutional, including Lawrence v. Texas (2003) in the United States, overruling Bowers v. Hardwick (1986). 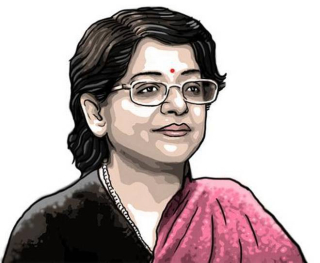 History owes an apology to the members of this community and their families, for the delay in providing redressal for the ignominy and ostracism that they have suffered through the centuries. The members of this community were compelled to live a life full of fear of reprisal and persecution. This was on account of the ignorance of the majority to recognise that homosexuality is a completely natural condition, part of a range of human sexuality. The mis-application of this provision denied them the Fundamental Right to equality guaranteed by Article 14. It infringed the Fundamental Right to non-discrimination under Article 15, and the Fundamental Right to live a life of dignity and privacy guaranteed by Article 21. The LGBT persons deserve to live a life unshackled from the shadow of being ‘unapprehended felons’.

The choice of "history" as being held accountable rather than the Court (and its previous opinion) may be deflective, but it is more of an acknowledgement that the United States Supreme Court gave in Lawrence (and which would have been arguably very appropriate).