Although Harvard is a private university and the claim is under Title VI of the 1964 Civil Rights Act, 42 U.S.C. §2000d et. seq., the applicable precedent involves the constitutionality of affirmative action in higher education under the Equal Protection Clause. As Judge Burroughs explained in footnote 16 of the opinion:

[Defendant] Harvard notes that the Supreme Court has only addressed race-conscious admissions policies of public universities, and suggests that there are “good reasons to think that” the applicable Supreme Court precedent does not apply in the same manner to private universities like Harvard that are subject to Title VI. Because Harvard does not identify any specific reasons for distinguishing public universities from federally-funded private universities, or explain how the analytical framework would differ for private versus public litigants, the Court at this stage places Harvard on equal footing with a public university in applying Grutter [ v. Bollinger (2003)] and its progeny. See Grutter, 539 U.S. at 343 (“[T]he Equal Protection Clause does not prohibit the Law School’s narrowly tailored use of race in admissions decisions to further a compelling interest in obtaining the educational benefits that flow from a diverse student body. Consequently, petitioner’s statutory claims based on Title VI . . . also fail.”); id. (“Title VI . . . proscribe[s] only those racial classifications that would violate the Equal Protection Clause or the Fifth Amendment” (citing Regents of Univ. of California v. Bakke, 438 U.S. 265, 287 (1978))). 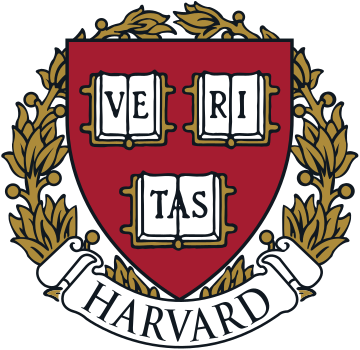 After detailing the Harvard admissions policy as implemented and concluding that the case is not moot, Judge Burroughs considered the four claims by SFFA: intentional discrimination, racial balancing, race as a plus factor, and race-neutral alternatives.

First, Judge Burroughs concluded that the dueling reports by experts regarding the presence or absence of a negative effect of being Asian-American on the likelihood of admission essentially precluded summary judgment. The experts' contradictory conclusions derived in part from their "divergent modeling choices" and the "credibility of the expert witnesses in making these critical modeling and analytical choices is best evaluated at the upcoming bench trial." Moreover, "stray" positive and negative remarks were also best evaluated at trial.

Second, Judge Burroughs states that while "racial balancing" has been deemed unconstitutional, the parties present "plausible but conflicting interpretations" of Harvard's use of its own admissions data from previous years. Again, the matter of credibility would be paramount.

Third, SFFA argued that Harvard was not specifically employing the notion of "critical mass" and Harvard was not considering race as a mere "plus factor." Judge Burroughs concludes that there is no requirement of "critical mass" to satisfy strict scrutiny — the use of "critical mass" was simply part of the admissions policies of the universities in Michigan (in Grutter) and Texas (in Fisher).  However, as to the use of race as a plus factor, Judge Burroughs noted that under Fisher II (and Fisher I), the university is entitled to no deference in whether its means chosen is narrowly tailored and thus again the issue of credibility and fact were best determined at trial.

Fourth and finally, SFFA's argument that Harvard has failed to consider race-neutral alternatives, there was a factual dispute regarding the timing of Harvard's reconsideration of such alternatives which coincided with the imminence of the lawsuit in 2014. SFFA's expert argued that  Harvard "can easily achieve diversity by increasing socioeconomic preferences; increasing financial aid; reducing or eliminating preferences for legacies, donors, and relatives of faculty and staff; adopting policies using geographic diversity; increasing recruitment efforts; increasing community college transfers; and/or eliminating early action." The Harvard Committee reached the opposite conclusion.

In short, the litigation seems set to proceed to trial perhaps with a path to the United States Supreme Court.