United States District Judge Colleen Kollar-Kotelley has reaffirmed the injunction of  the ban on transgender individuals in the military, first announced on Twitter by the President in Doe v. Trump in two opinions.  Recall that in October, the judge issued a lengthy opinion and a preliminary injunction against the ban as likely to violate equal protection.

The case returned to Judge Kollar-Kotelley after an unsuccessful appeal and attempt to stay the preliminary injunction. The government moved to dismiss, essentially rearguing its contentions regarding standing.

In a 34 page opinion, the judge again rejected these arguments. But the government newly argued for dismissal and dissolution of the preliminary injunction because the 2018 "Mattis Implementation Plan" represents a “new policy” divorced and distinct from the President’s 2017 policy directives that were previously enjoined by this Court, and that the Mattis Implementation Plan does not harm the Plaintiffs in this case. However, the judge held that "whatever legal relevance the Mattis 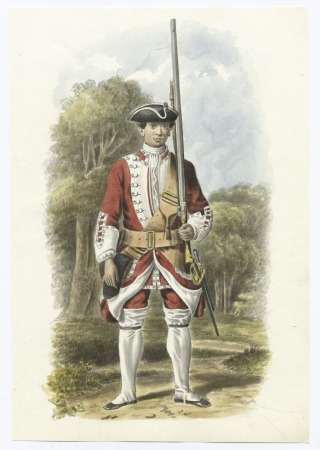 Implementation Plan might have, it has not fundamentally changed the circumstances of this lawsuit such that Plaintiffs’ claims should be dismissed for lack of jurisdiction, or that the need for the Court’s preliminary injunction has dissipated." In evaluating the Mattis Implementation Plan, the judge stated:

the Mattis Implementation Plan in fact prohibits transgender military service—just as President Trump’s 2017 directives ordered. It is true that the plan takes a slightly less direct approach to accomplishing this goal than the President’s 2017 tweet and memorandum. Instead of expressly banning all “transgender individuals” from military service, the Mattis Implementation Plan works by absolutely disqualifying individuals who require or have undergone gender transition, generally disqualifying individuals with a history or diagnosis of gender dysphoria, and, to the extent that there are any individuals who identify as “transgender” but do not fall under the first two categories, only allowing them to serve “in their biological sex” (which means that openly transgender persons are generally not allowed to serve in conformance with their identity).

[emphasis in original]. In short, she concluded that "whatever legal relevance the Mattis Implementation Plan and associated documents might have, they are not sufficiently divorced from, or different than, the President’s 2017 directive."

However, in a separate and relatively brief opinion, she did grant the government's motion to dismiss Donald Trump as a defendant. The government moved to dismiss the president as a defendant and for a protective order regarding discovery. Judge Kollar-Kotelly concluded that

Through this lawsuit, Plaintiffs ask this Court to enjoin a policy that represents an official, non-ministerial act of the President, and declare that policy unlawful.  Sound separation-of-power principles counsel the Court against granting these forms of relief against the President directly.

She noted that confrontation between the judicial and executive branch should be avoided whenever possible, but such confrontation

can be easily avoided here, because dismissing the President will have little or no substantive effect on this litigation. Plaintiffs argue that the acts of the President himself are central to this case, and the Court agrees. But dismissing the President as a Defendant does not mean that those acts will not be subject to judicial review. The Court can still review those acts and, if Plaintiffs are successful in proving that they are unconstitutional, Plaintiffs can still obtain all of the relief that they seek from the other Defendants.

Given that the President is no longer a defendant, the judge ruled the motion for a protective order regarding discovery was moot, but

the Court reiterates that dismissing the President as a party to this case does not mean that Plaintiffs are prevented from pursuing discovery related to the President. The Court understands that the parties dispute whether discovery related to the President which has been sought by Plaintiffs is precluded by the deliberative process or presidential communication privileges, and the Court makes no ruling on those disputes at this point.

While the plaintiffs had argued that dismissing the president was not warranted, Judge Kollar-Kotelly's dismissal has little bearing on the ultimate resolution of the case, a conclusion she reiterated several times. It also has little effect on the present status of the case; the accompanying order emphasized that "The injunction remains in force as it applies to all other Defendants" (italics in original).