As the opinion notes, the panel was resolving "the issue left undecided" in First Vagabonds Church of God v. City of Orlando, Florida (11th Cir. 2011) (en banc). The en banc circuit had stated it need not decide whether the feeding of homeless persons by Orlando Food Not Bombs in public parks is expressive conduct, because even assuming it was, the prohibition was constitutional as a reasonable time, place, or manner restriction of speech and as a reasonable regulation of expressive conduct under United States v. O’Brien (1968).

In understanding what is going on around us, context matters. Food shared with company differs greatly from a meal eaten alone. Unlike a solitary supper, a feast requires the host to entertain and the guests to interact. Lady Macbeth knew this, and chided her husband for “not giv[ing] the cheer” at the banquet depicted in Shakespeare’s play. As she explained: “To feed were best at home; From thence, the sauce to meat is ceremony. Meeting bare without it.” William Shakespeare, The Tragedy of Macbeth, Act III, scene 4 (1606). 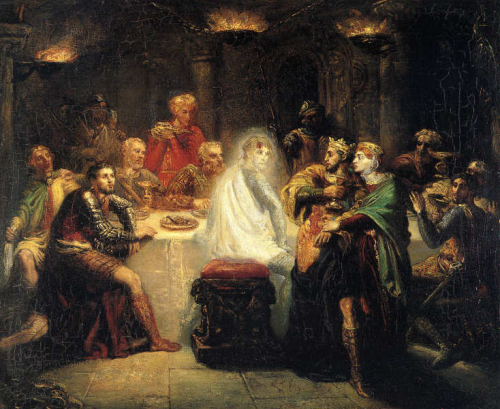 As to the particularized message requirement for expression, the court stated that it was sufficient that a reasonable observer would infer the precise message intended:

We decline the City’s invitation to resurrect the Spence requirement that it be likely that the reasonable observer would infer a particularized message. The Supreme Court rejected this requirement in Hurley [v. Irish-Am. Gay, Lesbian & Bisexual Grp. (1995)], 515 U.S. at 569 (a “narrow, succinctly articulable message is not a condition of constitutional protection”), and it is not appropriate for us to bring it back to life.

Having resolved the expressive conduct issue, the Eleventh Circuit panel remanded the question of whether the Fort Lauderdale ordinance and park rule violated the First Amendment or was unconstitutionally vague.