In his opinion in League of Women Voters v. Detzner, Chief Judge Mark Walker of the Northern District of Florida found that the Florida Secretary of State's Opinion barring early voting on any university or college campus most likely violates the First, Fourteenth, and Twenty-Sixth Amendments, and issued a preliminary injunction.

The issue involves an interpretation of the Florida's Division of Elections, under the Secretary of State, that Florida Statute §101.657(1)(a), passed in 2013, that permits supervisors of elections to “designate any city hall, permanent public library facility, fairground, civic center, courthouse, county commission building, stadium, convention center, government-owned senior center, or government-owned community center as early voting sites.”  A question arose as to whether a particular hall on the University of Florida campus qualified and in response the state official issued an Opinion banning all university and college facilities for use in early voting. 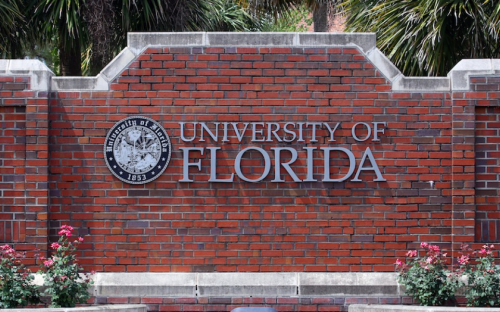 Judge Walker found that the state's interpretation of the early voting statute was constitutionally faulty. While early voting is not required and may be classified as a convenience, Judge Walker quoted Bush v. Gore (2000) — “Having once granted the right to vote on equal terms, the State may not, by later arbitrary and disparate treatment, value one person’s vote over that of another" — to reason that constitutional problems emerge  "when conveniences are available for some people and affirmatively blocked for others."  Judge Walker began the opinion by noting that the number of people effected was substantial: more than 1.1 million "young men and women were enrolled in institutions of higher learning" in Florida in 2016, nearly 830,000 in public institutions, as well as there being another 107,000 staff members at the public institutions. To stress the number of people involved, Judge Walker wrote:

Put another way, the number of people who live and work on Florida’s public college and university campuses is greater than the population of Jacksonville, Florida—or the populations of North Dakota, South Dakota, Alaska, Vermont, Wyoming, and the District of Columbia.

Judge Walker first applied the the Anderson-Burdick  balancing test  for less than "severe restrictions." (Recall in Burdick v. Takushi (1992) the Court upheld Hawai'i 's ban on write-in voting).  Judge Walker stated that even assuming the state's opinion could be construed as a reasonable nondiscriminatory restriction, it imposed significant burdens on the plaintiffs' First and Fourteenth Amendment rights to vote, categorically prohibiting the use of on-campus early voting and thus "lopsidedly impacts Florida's youngest voters," a class of voters "particularly invested in early voting" with approximately 43 percent of Florida's college students voting early in 2016.  These burdens were not justified by the state's interests — which the Judge stated "one must squint hard to identify"— in following state law, preventing parking issues, and avoiding on-campus disruption.

As to the Twenty-Sixth Amendment issue, Judge Walker found that while there was a "dearth of guidance on what test applies" when the claimed infringement is not a facial denial of voting for any citizen 18 years or older, the standard of Village of Arlington Heights v. Metro. Hous. Dev. Corp. (1997) was generally accepted. Judge Walker found that the state's approach revealed a stark pattern of discrimination unexplainable on grounds other than age. Judge Walker also compared the state's policy to earlier seemingly neutral attempts to effect African-American voters, noting that

This Court does not lightly compare contemporary laws and policies to more shameful eras of American history. But addressing intentional discrimination does not require kid gloves.

Having found that there was a likelihood that plaintiffs would prevail on the merits, Judge Walker also found the other requirements for a preliminary injunction were met. The judge instructed the Defendant Secretary of State to issue a directive to supervisors of elections that they retain discretion to implement the Florida statute including any sites that may be on university or college campuses.