Recall that the United States Commerce Department's announcement that the 2020 Decennial Census Questionnaire will include a citizenship question, which the census has not included since 1950, has provoked several challenges including the one filed in the Southern District of New York, New York v. United States Department of Commerce, raising constitutional objections on behalf of seventeen state plaintiffs, the District of Columbia, as well as six cities and the United States Conference of Mayors. The first count of the complaint is based on the "actual enumeration" requirement and avers that adding a citizenship question will "deter participation." The allegations in the complaint regarding the link between a citizenship demand and lower participation interestingly rely on the Census Bureau's own arguments and findings. The complaint alleges that consequences of lower participation is "an undercount" that will not reflect the accurate population of the plaintiffs, effecting their representation in the House of Representatives and the Electors.  Two additional counts are based on the Administration Procedure Act.

The New York Immigration Coalition complaint has "five nongovernmental organizations" as plaintiffs, challenging the Secretary’s decision on the same grounds as the states' complaint but importantly on the additional ground of equal protection.

Judge Furman first found that the "government plaintiffs" and well as the "NGO plaintiffs" had standing and then rejected that the lawsuits were political questions barred from judicial review. As Judge Furman concluded:

the Court rejects Defendants’ attempts to insulate Secretary Ross’s decision to reinstate a question about citizenship on the 2020 census from judicial review. Granted, courts must give proper deference to the Secretary, but that does not mean that they lack authority to entertain claims like those pressed here. To the contrary, courts have a critical role to play in reviewing the conduct of the political branches to ensure that the census is conducted in a manner consistent with the Constitution and applicable law.

However, Judge Furman concluded that the Plaintiffs' claims under the Enumeration Clause must be dismissed. For Judge Furman, the constitutional text's broad language combined with a historical practice that has allowed many demographic questions and once included citizenship questions leads to the result that the Secretary has power to include a citizenship query. But as Judge Furman repeatedly emphasized, this does not end the issue. For example, as Judge Furman wrote:

to say that the Secretary has authority under the Enumeration Clauseto ask about citizenship on the census is not to say that the particular exercise of that authority here was constitutional or lawful. The Secretary cannot exercise his authority in a manner that would violate individual constitutional rights, such as the right to equal protection of the laws. [citations omitted]. Nor, under the APA, may he exercise his authority in a manner that would be “arbitrary” and “capricious.” 5 U.S.C. § 706(2)(A);[citation omitted]. Plaintiffs here make both kinds of claims, and the Court’s holding that the Secretary’s decision was consonant with the Enumeration Clause does not resolve those claims.

In his discussion of the equal protection claim (under the Fifth Amendment's inclusion of equal protection), Judge Furman relegated the animus argument to a footnote stating that it need not be discussed because he found that there was a sufficient claim for a denial of equal protection on the basis of Village of Arlington Heights v. Metro. Hous. Dev. Corp. (1997).  Judge Furman concluded that the allegations of discriminatory effect — that inclusion of the citizenship question for all respondents will bear, in the form of diminished political representation and reduced federal funding, more heavily on “Latinos, Asian-Americans, Arab-Americans, and other immigrant communities of color” because the non-response rate is likely to be higher in such communities — were sufficient.

As to the required intent, Judge Furman listed the Arlington Heights factors:

(1) “[t]he historical background of the decision . . . particularly if it reveals a series of official actions taken for invidious purposes”; (2) “[t]he specific sequence of events leading up the challenged decision”; (3) “[d]epartures from the normal procedural sequence”; (4) “[s]ubstantive departures . . . , particularly if the factors usually considered important by the decisionmaker strongly favor a decision contrary to the one reached”; and (5) “[t]he legislative or administrative history . . . especially where there are contemporary statements by members of the decisionmaking body, minutes of its meetings, or reports.”

and then discussed each one, focusing on departures from normal procedures (which "include overruling career staff who strongly objected to including the citizenship question, failing to extensively test reintroduction of the question, and ignoring the recommendation of the Census Bureau’s advisory committee") and specific statements, including statements of the President. Judge Furman rejected the federal goverment's argument that consideration of such statements was improper after Trump v. Hawaii, writing that the government's invocation of the case "falls somewhere between facile and frivolous," especially given its practice of truncated quotation. Instead, Judge Furman found

There is nothing in the Court’s opinion [in Trump v. Hawaii] to indicate that its deferential review applies outside of the “national security and foreign affairs context,”  let alone that the Court meant to unsettle decades of equal protection jurisprudence regarding the types of evidence a court may look to in determining a government actor’s intent. In fact, even with its “circumscribed judicial inquiry,” the Hawaii Court itself considered “extrinsic evidence” — namely, President Trump’s own statements.  If anything, therefore, Hawaii cuts against Defendants’ arguments rather than in their favor.

Judge Furman thus directed the parties to proceed with discovery, inform the court whether the cases should be consolidated, and whether a trial or summary judgment would be more appropriate. 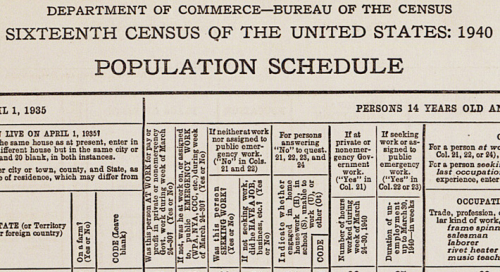