In an opinion in Thomas v. Haslam, United States District Judge for the Middle District of Tennessee, Aleta Trauger, has held unconstitutional Tennessee Code §40-24-105(b) which revokes the driver's license of any person who has failed to pay court debt for a year or more.

Judge Trauger had issued an extensive opinion in March, appended to the current opinion, detailing the issues, holding the plaintiffs presented a justiciable claim, certifying the class, and allowing for additional briefing on the summary judgment motions on the constitutional issues.

The constitutional challenge to the driver's license revocation is grounded in Griffin v. Illinois (1956) and its progeny, which, as Judge Trauger explained "implicates both Due Process and Equal Protection principles in ways that defy an easy application of the Court’s more general precedents involving either constitutional guarantee alone" and should not be subject to a "pigeonhole analysis" of either strict scrutiny or rational basis review. However, Judge Trauger ruled that under Sixth Circuit precedent, rational basis must be applied, "which asks only whether the challenged policy is rationally related to a legitimate government purpose." Yet in the context of distinctions based on indigence, this rational basis should be one of "extra care" if "a statute treats the rich better than the poor in a way that will affirmatively make the poor poorer." 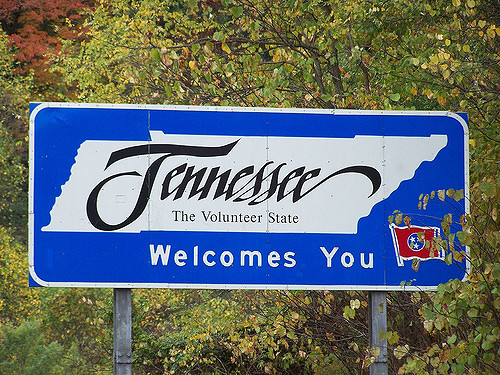 Judge Trauger reasoned that while the state has a legitimate interest in seeking to recoup court debt, revoking the driver's license of a person unable to pay the debt is not "effective." Moreover,

the law is not merely ineffective; it is powerfully counterproductive. If a person has no resources to pay a debt, he cannot be threatened or cajoled into paying it; he may, however, become able to pay it in the future. But taking his driver’s license away sabotages that prospect. For one thing, the lack of a driver’s license substantially limits one’s ability to obtain and maintain employment. Even aside from the effect on employment, however, the inability to drive introduces new obstacles, risks, and costs to a wide array of life activities, as the former driver is forced into a daily ordeal of logistical triage to compensate for his inadequate transportation. In short, losing one’s driver’s license simultaneously makes the burdens of life more expensive and renders the prospect of amassing the resources needed to overcome those burdens more remote.

Thus, while a lenient standard, Judge Trauger held that the lack of an indigent exception in the driver's license revocation penalty for failure to pay court debt fails rational basis scrutiny

Additionally, Judge Trauger held that the Tennessee statute does not afford procedural due process and that a "driver facing revocation for nonpayment of court debt is entitled to a pre-revocation notice and determination related to his indigence," to be developed by the state.

While issuing an injunction against the statute's future enforcement, Judge Trauger ordered the state to "submit a plan, within 60 days, for lifting the revocations of drivers whose licenses were revoked under Tenn. Code Ann. § 40-24-105(b) and providing an appropriate process for reinstatement."

Or, of course, Tennessee could appeal.