In its opinion in Lewis v. Governor of Alabama, a unanimous panel of the Eleventh Circuit has reversed the dismissal of a claim that the Alabama Minimum Wage and Right to Work Act, preempting the City of Birmingham's ordinance raising the minimum wage to $10.10, violated the Equal Protection Clause.

After considering standing and Eleventh Amendment arguments, the panel's opinion, authored by Judge Charles Wilson, proceeded to the "heart of the matter" involving the district judge's dismissal of the plaintiffs' equal protection claims that the Minimum Wage Act purposely discriminates against Birmingham’s black citizens by denying them economic opportunities on account of their race;  and the Act violates the political-process doctrine by transferring control from the majority-black Birmingham City Council to the majority-white Alabama Legislature. 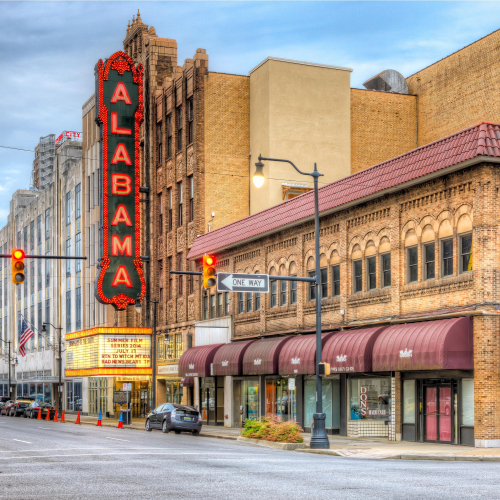 The court found that plaintiffs stated a claim on the intentional discrimination claim, applying the factors of Village of Arlington Heights v. Metro. Hous. Dev. Corp. (1997). The court found that there was definitely a racial impact and that the Act "bears more heavily on one race than another.”The court also considered  "the rushed, reactionary, and racially polarized nature of the legislative process; and Alabama’s historical use of state power to deny local black majorities authority over economic decision-making."  The court noted that the state's Act "responded directly to the legislative efforts of the majority-black Birmingham City Council, which represents more black citizens (and more black citizens living in poverty) than any other city in Alabama" and was "introduced by a white representative from Alabama’s least diverse area, with the help of fifty-two other white sponsors, and was objected to by all black members of the House and Senate. And it was accelerated through the legislative process in sixteen days with little or no opportunity for public comment or debate." The court concluded that these facts "plausibly imply discriminatory motivations were at play." Moreover, the court found that the district judge applied the incorrect legal standard when evaluating plaintiffs' complaint, a "clearest proof" standard "[r]ecklessly plucked from an unrelated line of precedent" and "contrary to decades of established equal protection jurisprudence."

However, the court affirmed the dismissal of plaintiffs' equal protection claim based on political process, despite the facts, because "to the extent that the plaintiffs allege that the minimum wage policy was 'racialized' because the 'Birmingham African-American community strongly favored' it, that argument clashes with the Supreme Court’s clear instructions" in Schuette v. BAMN (2014).

Thus, the case was remanded and can move forward on the "plausible claim that the Minimum Wage Act had the purpose and effect of depriving Birmingham’s black citizens equal economic opportunities on the basis of race, in violation of the Equal Protection Clause of the Fourteenth Amendment."