In a brief opinion in Cigar Association of America v. United States Food and Drug Administration, Judge Amit Mehta has enjoined the FDA's warning requirements regarding cigars under 21 CFR 1143.5, such as the statement "Cigar smoking can cause lung cancer and heart disease" pending appeal.

In a previous opinion in May, Judge Mehta had sustained the FDA rule against a First Amendment challenge (as well as other challenges), finding that "Because the warning statements are factual and uncontroversial disclosures aimed at informing the public about the risks of cigar and pipe tobacco use and at correcting the public’s misperceptions about such products’ use, and because the [FDA] Rule does not impose these requirements in an “unjustified or unduly burdensome” manner, the Rule is constitutional" under Zauderer v. Office of Disciplinary Counsel of Supreme Court of Ohio (1985).

Nevertheless, Judge Mehta's conclusion regarding the "likelihood of success on the merits" prong of the preliminary injunction analysis was that the Cigar Association raised "serious legal questions going to the merits, such as

whether Defendants’ asserted governmental interest in imposing the health warnings regime is a substantial one; the precise burden the government bears under Zaudererto compel purely factual and uncontroversial government speech; and whether a disclosure of the size and appearance mandated by the warnings requirements is so “unduly burdensome” as to chill protected speech. These are difficult legal questions, and the D.C. Circuit might well disagree with this court’s resolution of them.

Most interestingly, however, Judge Mehta relies on the Supreme Court's June decision in National Institute of Family and Life Advocates v. Becerra holding California's FACT Act requiring of disclosures by "pregnancy crisis centers" violated the First Amendment. Judge Mehta states that Becerra "only adds to the substantiality of the issues Plaintiffs intend to raise on appeal," even as Judge Mehta writes

This court does not concur that Becerra requires an outcome different than the one the court reached— Becerradiffers from this case in multiple, material ways—but that disagreement does not diminish the merits of Plaintiffs’ motion. Becerra makes clear that Plaintiffs’ appeal raises serious legal questions.

Yet while an important aspect of the Court's opinion in Becerra as we discussed was that abortion was not "uncontroversial," it does seem as if the cigar association cannot make the same claim as to the links between tobacco and cancer. Or can they?

A case to watch as it goes to the D.C. Court of Appeals in the continuing saga of First Amendment challenges to government mandated warnings and disclosures by industries as in the 2014 DC Circuit en banc  American Meat Institute v. U.S. Department of Agriculture and panel opinions in National Association of Manufacturers v. SEC (conflict minerals) and  R.J. Reynolds Tobacco Co. v. FDA (cigarette labeling). 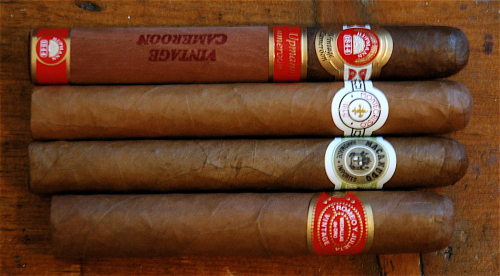