In its opinion in Minnesota Voters Alliance v. Mansky, the Court held that a provision of a Minnesota law regulating voters' political attire violates the First Amendment. Recall from our preview that  Minn. Stat. §211B.11, entitled "Soliciting near polling places," includes among its petty misdemeanor violations a prohibition of political attire: "A political badge, political button, or other political insignia may not be worn at or about the polling place on primary or election day."

The Court's majority opinion, by Chief Justice Roberts, finds that the "polling place" on election day constitutes a nonpublic forum under the First Amendment; it is "government- controlled property set aside for the sole purpose of voting" and is a "special enclave, subject to greater restriction." The question as phrased by the Court was therefore whether "Minnesota’s ban on political apparel is 'reasonable in light of the purpose served by the forum': voting."  As in the oral argument, the Court considered the relevance of Burson v. Freeman (1992), in which the Court upheld a Tennessee statute which prohibited the solicitation of votes and the display or distribution of campaign materials within 100 feet of the entrance to a polling place.

Analogizing to Burson, the Court upheld Minnesota's objective in prohibiting voters from wearing particular kinds of expressive apparel or accessories while inside the polling place.

[W]e see no basis for rejecting Minnesota’s determination that some forms of advocacy should be excluded from the polling place, to set it aside as “an island of calm in which voters can peacefully contemplate their choices.” Brief for Respondents 43. Casting a vote is a weighty civic act, akin to a jury’s return of a verdict, or a representative’s vote on a piece of legislation. It is a time for choosing, not campaigning. The State may reasonably decide that the interior of the polling place should reflect that distinction.

However, the Court found that the Minnesota statute failed to satisfy the reasonable standard in the means chosen to achieve its goal: "the unmoored use of the term 'political' in the Minnesota law, combined with haphazard interpretations the State has provided in official guidance and representations to this Court, cause Minnesota’s restriction to fail even this forgiving test." The Court found "political" far too broad (citing dictionary definitions) and likewise found that "issue oriented material" was also too broad (" A rule whose fair enforcement requires an election judge to maintain a mental index of the platforms and positions of every candidate and party on the ballot is not reason- able. Candidates for statewide and federal office and major political parties can be expected to take positions on a wide array of subjects of local and national import.")

However, the Court gestured toward acceptable means chosen:

That is not to say that Minnesota has set upon an impossible task. Other States have laws proscribing displays (including apparel) in more lucid terms. See, e.g., Cal. Elec. Code Ann. §319.5 (West Cum. Supp. 2018) (prohibiting “the visible display . . . of information that advocates for or against any candidate or measure,” including the “display of a candidate’s name, likeness, or logo,” the “display of a ballot measure’s number, title, subject, or logo,” and “[b]uttons, hats,” or “shirts” containing such information); Tex. Elec. Code Ann. §61.010(a) (West 2010) (prohibiting the wearing of “a badge, insignia, emblem, or other similar communicative device relating to a candidate, measure, or political party appearing on the ballot, or to the conduct of the election”). We do not suggest that such provisions set the outer limit of what a State may proscribe, and do not pass on the constitutionality of laws that are not before us. But we do hold that if a State wishes to set its polling places apart as areas free of partisan discord, it must employ a more discernible approach.

The appendix lists thirty-four states prohibiting accessories or apparel in the polling place.

Dissenting, Justice Sotomayor, joined by Justice Breyer, would have certified the issue of the interpretation of the statute to the Minnesota Supreme Court. The Court, in footnote 7, explained its decision not to certify, including that the request came "late in the day," but Sotomayor argued that "certification is not an argument subject to forfeiture by the parties" and is instead a matter of comity. Moreover, she contended that having an interpretation of the statute, including the term "political" (which she noted the Court had "little difficulty discerning its meaning in the context of [other] statutes subject to First Amendment challenges, citing cases), would "obviate the hypothetical line-drawing problems that form the basis of the Court’s decision today."

Thus, the import of Minnesota Voters Alliance v. Mansky is that states can prohibit certain expressive apparel and accessories at the polling place on election day, but the courts must find the statutory definitions sufficiently defined as to be "reasonable." 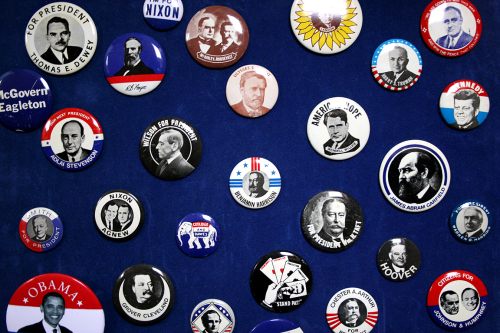