Judge Sabraw first found that the complaint was not moot because the government defendants "have not shown that Ms. L. was released from detention and reunited with her daughter for reasons other than this litigation," and thus "the voluntary cessation exception applies to this case."

In considering whether the complaint's allegations of a denial of due process under the Fifth Amendment should be dismissed, Judge Sabraw discussed the bedrock principles that the Constitution applies to non-citizens within the United States and that the Due Process Clause includes a "right to family integrity or to familial association." Judge Sabraw distinguished other cases in the immigration context finding that here the plaintiffs were detained with their children:

Here, the Court is faced with Plaintiffs who present different circumstances, but each Plaintiff has demonstrated that the right to family integrity encompasses her particular situation. According to the allegations in the Amended Complaint, Ms. L. did everything right. She and her child presented at the port of entry and requested asylum. She passed a credible fear screening interview, was taken out of expedited removal proceedings, and placed in removal proceedings before an IJ to pursue her asylum claim. Ms. C., by contrast, did not do everything right. She committed a crime by entering the United States illegally, and was prosecuted and imprisoned for her transgression: 25 days in custody for misdemeanor violation of 8 U.S.C. § 1325 (illegal entry). However, having served her sentence, Ms. C. was then returned to ICE detention to pursue her asylum claim, as she too had passed a credible fear screening. Ms. C., therefore, is on equal footing with Ms. L. for purposes of pursuing her due process claim. Ms. L.’s claim is based on the initial separation from her child, while Ms. C.’s claim is based on the continued separation from her child. Both claims focus on government conduct in separating families during removal proceedings. 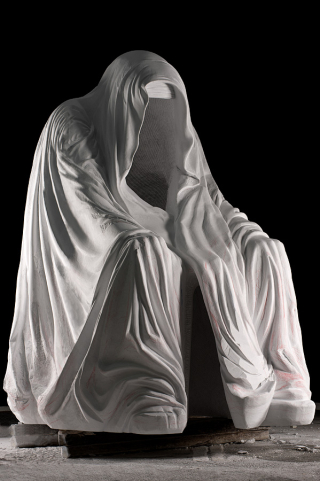 Judge Sabraw applied the "shocks the conscience" test for due process and elaborated that due process protects against "governmental conduct that violates the “decencies of civilized conduct," interferes with rights “‘implicit in the concept of ordered liberty," and is so “‘brutal’ and ‘offensive’ that it [does] not comport with traditional ideas of fair play and decency"(citing cases).

Judge Sabraw recounted the allegations of trauma for both parents and children, and concluded:

These allegations call sharply into question the separations of Plaintiffs from their minor children. This is especially so because Plaintiffs allegedly came to the United States seeking shelter from persecution in their home countries, and are seeking asylum here. For Plaintiffs, the government actors responsible for the “care and custody” of migrant children have, in fact, become their persecutors. This is even more problematic given Plaintiffs’ allegations and assertions that there is a government practice, and possibly a forthcoming policy, to separate parents from their minor children in an effort to deter others from coming to the United States. This alleged practice is being implemented even when parents like Ms. L. and Ms. C. have passed credible fear interviews, and therefore, are positioned to present asylum claims meriting consideration by an IJ in their removal proceedings. These allegations sufficiently describe government conduct that arbitrarily tears at the sacred bond between parent and child, and is emblematic of the “exercise of power without any reasonable justification in the service of an otherwise legitimate governmental objective[.]” [citation omitted] Such conduct, if true, as it is assumed to be on the present motion, is brutal, offensive, and fails to comport with traditional notions of fair play and decency. At a minimum, the facts alleged are sufficient to show the government conduct at issue “shocks the conscience” and violates Plaintiffs’ constitutional right to family integrity. Accordingly, Defendants’ motion to dismiss Plaintiffs’ due process claim is denied.

But the claim for a Due Process Clause violation will proceed as the United States government seems to arguing family separation is a permanent policy.

[image: "Cloak of Conscience" by Anna Chromy, via]