The Sixth Circuit's opinion in Theile v. Michigan upheld Michigan Constitution art VI §19(3) which provides that no person "shall be elected or appointed to a judicial office after reaching the age of 70 years." Judge Theile, who must run for reelection in 2020 when he will be 71, argued that the Michigan constitutional provision (and statutes), violated the Equal Protection Clause of the Fourteenth Amendment.

The Sixth Circuit panel found that Judge Theile's argument was foreclosed by Sixth Circuit precedent upholding the very same provision as well as United States Supreme Court's decision in Gregory v. Ashcroft, 501 U.S. 452 (1991) upholding a similar provision in Missouri. The opinion noted that Gregory was decided only twenty-seven years ago, and the Sixth Circuit case a "mere eighteen," and there was no basis to conclude that the reasoning of those cases has "somehow been overtaken by interceding events and rendered invalid." 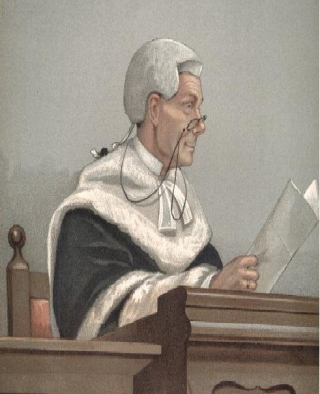 Thus, the Sixth Circuit declined to raise the level of scrutiny of the age-based classification to intermediate scrutiny despite Theile's argument that age, like gender, is "immutable." Applying rational basis scrutiny, the Sixth Circuit acknowledged Theile's points that federal judges face no age limits, that eighteen states have no mandatory judicial retirement age, and that many United States Supreme Court justices serve past the age of 70 which is an "archaic" limit.  However, the rational basis standard is exceedingly lenient and the Court in Gregory held that Missouri’s judicial age limitation of 70 was rationally related to such legitimate purposes as avoiding laborious testing of older judges’ physical and mental acuity, promoting orderly attrition of judges, and recognizing that judges’ remoteness from public view makes determination of competency, and removal from office, more difficult than for other office-holders.

Judges looking to change the maximum age limits or mandatory retirement ages may have to look for changes in the underlying laws rather that equal protection.