In its opinion in United States v. Schock, a panel of the Seventh Circuit affirmed the denial of a motion to dismiss a criminal indictment by former Illinois Congressperson Aaron Schock (pictured below). Schock was charged with crimes committed as a Congressperson including "filing false or otherwise improper claims for reimbursement for his travel and furnishings, and with failing to report correctly (and pay tax on) those receipts that count as personal income."

Schock moved the dismiss the indictment as impermissible under the Constitution's Speech or Debate Clause, Art. I §6 cl. 1, which provides that members of Congress “for any Speech or Debate in either House, shall not be questioned in any other Place.” The district judge denied the motion and the Seventh Circuit panel, in its opinion by Judge Easterbrook, allowed an interlocutory appeal. The panel held, however, that "on the merits" the Speech or Debate Clause "does not help Schock, for a simple reason: the indictment arises out of applications for reimbursements, which are not speeches, debates, or any other part of the legislative process." In short, submitting a false claim under established rules differs from the formulation of those rules. 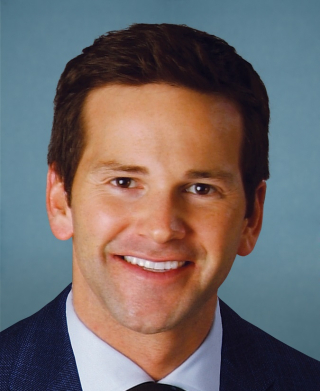 However, the court noted that Schock’s principal argument rests on the Rulemaking Clause, Art. I §5 cl. 2, which provides “Each House may determine the Rules of its Proceedings, punish its Members for disorderly Behaviour, and, with the Concurrence of two thirds, expel a Member.”  As the court stated, "the rules about reimbursable expenses were adopted under this clause and, Schock insists, because only the House may adopt or amend its rules, only the House may interpret them. Ambiguity in any rule (or in how a rule applies to a given claim for reimbursement) makes a prosecution impossible, Schock concludes, because that would require a judge to interpret the rules."

The court was not sympathetic to this argument:

Judges regularly interpret, apply, and occasionally nullify rules promulgated by the President or another part of the Executive Branch, as well as statutes enacted by the Legislative Branch; why would reimbursement rules be different?

However, Judge Easterbrook's opinion stated that the court "need not come to closure" on the issue of whether there is something "special" about legislative rules, acknowledging contrary precedent, because an interlocutory appeal on that ground is not available.

Thus, Schock can appeal on this basis only after judgment. Judge Easterbrook's opinion foreclosed the possibility of success on this issue by the en banc Seventh Circuit: the opinion was "was circulated before release to all judges in active service;" and "None favored a hearing en banc."

[image of Aaron Schock via]