The Court heard oral arguments in Trump v. Hawai'i, releasing same-day audio in the case in recognition of its importance. Recall that the Court granted certiorari to the Ninth Circuit's opinion in Hawai'i v. Trump regarding Presidential Proclamation 9645, entitled “Enhancing Vetting Capabilities and Processes for Detecting Attempted Entry Into the United States by Terrorists or Other Public-Safety Threats”of  September 24, 2017, also known as E.O 3, or Travel Ban 3.0, or Muslim Ban 3.0. The Ninth Circuit, affirming a district judge, found Travel Ban 3.0 unlawful under the Immigration and Nationality Act.  The Court also took certiorari on the Establishment Clause issue. There were also constitutional issues involves standing.

Arguing for the United States and President Trump, Solicitor General Noel Francisco opened and repeatedly stressed that E.O. 3 was the result of a "worldwide multi-agency review." Yet the person of President Trump was a definite, if at times implicit, presence in the argument. For example, during the Solicitor General's argument Justice Kagan posed a hypothetical:

So this is a hypothetical that you've heard a variant of  before that the government has, at any rate,  but I want to just give you.

So let's say in some future time a -­a President gets elected who is a vehement anti-Semite and says all kinds of denigrating comments about Jews and provokes a lot of resentment and hatred over the course of a campaign and in his presidency and, in course of that, asks his staff or his cabinet members to issue a proc -- to issue recommendations so that he can issue a proclamation of this kind, and they dot all the  i's and they cross all the t's.

And what emerges -- and, again, in the context of this virulent anti-Semitism – what emerges is a proclamation that says no one shall enter from Israel.

This discussion takes place in the context of whether the deferential standard of Kleindienst v. Mandel (1972) should apply, but also applies to the Establishment Clause problem of whether the EO has a secular purpose under McCreary County v. ACLU of Kentucky (2005). 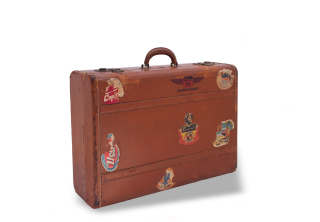 Arguing for Hawai'i, Neal Katyal stated that Hawai'i did not rely on any campaign statements for intent, but only presidential statements, citing the President's "tweeting of these three virulent anti-Muslim videos" after the present EO was issued, and the presidential spokesperson being asked to explain these retweets saying, according to Katyal's argument, "The President has spoken about exactly this in the proclamation."

Chief Justice Roberts asked whether the taint of any presidential statements "applies forever."  Katyal stressed that the President had not disavowed the statements or moved away from them.

Justice Breyer, among others, seemed concerned that the exceptions in the policy remained opaque, but Alito flatly stated that "it does not look at all like a Muslim ban."

Predicting outcomes from oral arguments is always a dubious enterprise, but this is undoubtedly a close case. Additionally, the Chief Justice's appearance at the President's State Dinner the evening before oral arguments has caused some to question his impartiality, or, at least the appearance of impartiality.