The United States Supreme Court heard oral arguments in Abbott v. Perez, regarding the constitutionality under the Equal Protection Clause and the validity under the Voting Rights Act of the redistricting plan enacted by the Texas Legislature in 2013.  Recall that in an extensive opinion in August 2017,  the three judge court made detailed findings, one of which was that the Texas legislature engaged on intentional racial discrimination violating the Fourteenth Amendment.

Much of the argument centered on the acts of the Texas legislature in 2013 adopting maps which had previously been found invalid because of racial discrimination. Arguing for Texas, Scott Keller, the Texas Solicitor General, argued that the Texas legislature was entitled to a presumption of good faith and that the "taint" did not carry forward, and Edwin Kneedler, from the United States Solicitor General's Office, likewise stressed that the "taint" should not carry forward. Arguing for various challengers to the redistricting, Max Hicks and Allison Riggs, both stressed the standard of Village of Arlington Heights v. Metro. Hous. Dev. Corp. (1997), contending that the taint does not end, and stressing the extensive findings by the three judge court.

The question of how long a discriminatory intent taint persists sometimes seemed as if it was a preview of the next oral argument, that in Hawai'i v. Trump. 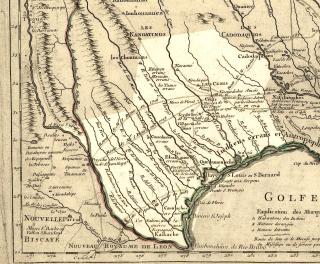 Yet the oral arguments in Abbott v. Perez were also preoccupied with the "jurisdictional" question; Chief Justice Roberts at several points directed the parties to move to the merits.  This jurisdictional question involves the status of the three judge court order and whether it is actually a reviewable order. Recall that the order was not a preliminary injunction, but instead the court directed the Texas Attorney General to provide a "written advisory within three business days stating whether the Legislature intends to take up redistricting in an effort to cure these violations and, if so, when the matter will be considered." Justice Breyer suggested that the operable "piece of paper" in the case was not a judgment or preliminary injunction, but only a direction to come to court.

While jurisdictional issues are always important to the Court, when the jurisdiction involves appeals as of right from three judge court decisions, the stakes are higher in terms of workload. As Justice Sotomayor asked, what distinguishes this case from the  "millions of others - - - not millions, I'm exaggerating greatly - - - the hundreds of these . . . ."