The Court's somewhat fractured opinion concluded that the residual clause, §16(b), which defines a “crime of violence” as “any other offense that is a felony and that, by its nature, involves a substantial risk that physical force against the person or property of another may be used in the course of committing the offense" is unconstitutionally vague.

Justice Kagan's opinion was joined in its entirety by Justices Ginsburg, Breyer, and Sotomayor. Justice Gorsuch joined only Parts I, III, IV–B, and V, thus making these sections the opinion of the Court.

The Court's opinion relied on Johnson v. United States (2015), authored by Justice Scalia, in which the Court found a similar residual clause in the Armed Career Criminal Act (ACCA), defining “violent felony” as any felony that “otherwise involves conduct that presents a serious potential risk of physical injury to another,” 18 U. S. C. §924(e)(2)(B) unconstitutionally “void for vagueness” under the Fifth Amendment’s Due Process Clause.

The Court in Dimaya ruled that

§16(b) has the same “[t]wo features” that “conspire[d] to make [ACCA’s residual clause] unconstitutionally vague" {in Johnson}.  It too “requires a court to picture the kind of conduct that the crime involves in ‘the ordinary case,’ and to judge whether that abstraction presents” some not-well-specified-yet-sufficiently- large degree of risk. The result is that §16(b) produces, just as ACCA’s residual clause did, “more unpredictability and arbitrariness than the Due Process Clause tolerates.”

The United States and the dissenting opinions attempted to distinguish the INA provision from the ACCA provision in several ways. Kagan, writing for the Court in Part IV that "each turns out to be the proverbial distinction without a difference." 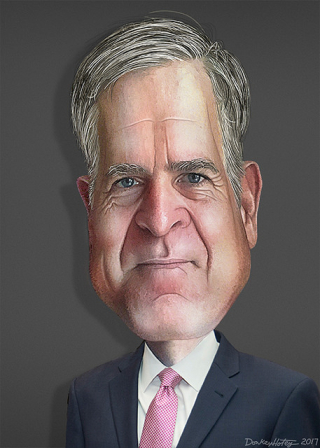 Given Gorsuch's joining with the perceived more liberal-leaning Justices on the Court, his concurring opinion is sure to attract attention.  Gorsuch's substantial opinion (18 textual pages to Kagan's 25 page opinion for the Court and plurality), leans heavily on the foundations of due process, beginning

Vague laws invite arbitrary power. Before the Revolu­tion, the crime of treason in English law was so capa­ciously construed that the mere expression of disfavored opinions could invite transportation or death.

More importantly, Gorsuch disavows any notion that the context of immigration deportation merits any special consideration and that the Court's holding is narrow, stressing that the problem with the statute is the procedural one of failing to provide notice (and standards for judges) rather than the substantive choice by Congress.

Taken together with Johnson, the holding in Dimaya means that statutes must be much more precise when defining a "crime of violence" or risk being held unconstitutionally vague.

[image: caricature of Justice Neil Gorsuch by Donkey Hotey via]