The Commerce Department has announced that the 2020 Decennial Census Questionnaire will include a citizenship question, which the census has not included since 1950. Commerce Secretary Wilbur Ross announced the change of policy in a letter which states the change is at the request of the Department of Justice (DOJ) in order to gather data regarding the "citizenship voting age population" (CVAP) to determine violations of section 2 of the Voting Rights Act (VRA).

The first count of the complaint  in California v. Ross alleges a constitutional violation: 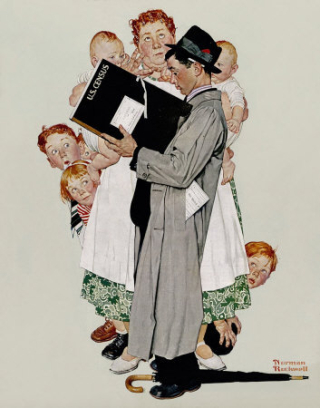 In support of diminished response rates and the resultant undercount, the complaint includes in its allegations statements from the letter of Secretary Ross (as well as attaching the letter) in which Ross states that he

In other words, a lower response rate is acceptable. Although the Ross letter continues that "limited empirical evidence exists about whether adding a citizenship question would decrease response rates materially."  Exhibit 2 to the Complaint is a Memorandum from the Center for Survey Measurement (CSM), a division within the Census Bureau, which raised concerns in September 2017 regarding response rates in current conditions even before the citizenship question would be added.

The Constitution Accountability Center's David Gans has a rather extensive memo posted last week, The Cornerstone of Our Democracy: The Census Clause and the Constitutional Obligation to Count All Persons, which uses originalist and practical rationales to argue that a citizenship question on the census is unconstitutional.