The California law requires that licensed pregnancy-related clinics, also known as crisis pregnancy centers, or CPCs, must disseminate a notice stating the existence of publicly- funded family-planning services, including contraception and abortion, and requires that unlicensed clinics disseminate a notice stating that they are not licensed by the State of California.  The California legislature had found that the approximately 200 CPCs in California employ “intentionally deceptive advertising and counseling practices [that] often confuse, misinform, and even intimidate women from making fully-informed, time-sensitive decisions about critical health care.”

The California law is not unique, but as we previously discussed when certiorari was granted, other courts have consider similar provisions with mixed conclusions. 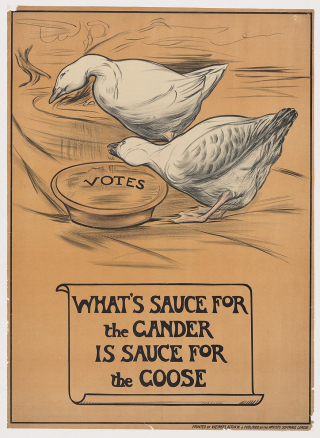 The arguments raised several questions but one that recurred was the relevance of Planned Parenthood of Southeastern Pennsylvania v. Casey (1992) in which the Court upheld the informed consent provisions of a state law mandating "providing information about medical assistance for childbirth, information about child support from the father, and a list of agencies which provide adoption and other services as alternatives to abortion."  Justice Breyer's invocation of the maxim "sauce for the goose, sauce for the gander" pointed to the question of why California could not also mandate that CPC's provide notice. Arguing for the challengers, Michael Farris argued that the distinction was that the CPC's were not medical, although there was much discussion of this including the definition of medical procedures such as sonograms and pregnancy tests.

Appearing for neither party, Deputy Solicitor General Jeffrey Wall nevertheless strongly advocated against the California law. Near the end of Wall's argument, Justice Alito raised the subject of professional speech proposed by the United States brief, stating that it "troubles me" and seemed inconsistent with United States v. Stevens (2010) regarding not recognizing new categories of unprotected speech. (Recall that Alito was the lone dissent in the Court's conclusion that criminalizing "crush porn" violated the First Amendment).  Alito also referenced the Fourth Circuit's "fortune teller" case, in which the court upheld special regulations aimed at fortune tellers. For Wall, laws that mandate disclosures by historically regulated professions such as doctors and lawyers should be subject only to minimal scrutiny.

The main issue raised regarding California's position was whether or not the statute was targeted at pro-life clinics, especially given the "gerrymandered" nature of the statute's exceptions. The Justices also directed questions to Deputy Solicitor of California Joshua Klein regarding the advertising requirements and disclaimers: must a facility state it is not licensed even if it is not advertising services, but simply has a billboard "Pro Life"?

Will it be sauce for the goose as well as for the gander?