In its opinion in Citizens United v. Schneiderman, the Second Circuit rejected a challenge to the New York Attorney General's regulations requiring non‐profit organizations that solicit donations in NY to disclose their donors on a yearly basis.

The plaintiffs - - - Citizens United Foundation, a 501(c)(3)organization and Citizens United, a 501(c)(4) organization - - -have not been complying with the Attorney General's regulations requiring donor disclosure.  Both organizations must submit to the IRS Form 990 with each year’s tax returns, which includes a Schedule B including the organization’s donors, the donors’ addresses, and the amounts of their donations. The Attorney General’s regulations have long required that a charitable organization’s annual disclosures include a copy of the IRS Form 990 and all of its schedules. 13 N.Y.C.R.R. § 91.5(C)(3)(1)(a). But the Citizens United organizations have only ever "submitted the first page of their Schedules B—omitting the parts identifying donors," which apparently went without objection until 2013. 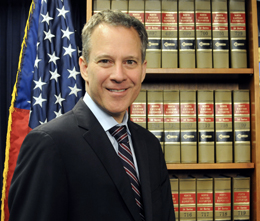 The opinion by Judge Rosemary Pooler held that all of these challenges lacked merit. On the chilled speech claim, Judge Pooler's opinion for the unanimous panel found that the plaintiffs' reliance on National Association for the Advancement of Colored People v. State of Alabama ex rel. Patterson (1958) was misplaced. The court applied exacting scrutiny, not the strict scrutiny that the Citizens United organizations advocated, and found the government interests of preventing fraud and self‐dealing in charities were important and the regulations made it easier to accomplish these goals. In the as-applied challenge, the Citizens United charities argued essentially that the current New York Attorney General was hostile to them, but the court stated:

In this case, all we have to go on is a bare assertion that the Attorney General has a vendetta against Appellants. Appellants have not even pled that the Attorney General will turn that alleged bile into untoward interference with the material support for Appellants’ expression. That is a far cry from the clear and present danger that white supremacist vigilantes and their abettors in the Alabama state government presented to members of the NAACP in the 1950s.

While Judge Pooler's opinion noted that it might be a closer case if the donor lists were to be made public, she noted that the IRC mandates that they remain confidential, and the NY regulations incorporate this requirement. The argument that NY might not follow this, or that there have been leaks, was not sufficient.

The court also found that the prior restraint challenge was without merit:

Facially content‐neutral laws that require permits or licenses of individuals or entities engaged in certain forms of expression only constitute prior restraints when they (1) disallow that expression unless it has previous permission from a government official and (2) vest that official with enough discretion that it could be abused.

Here, neither of those circumstances were met.

What Appellants complain of is not a proto‐censorship regime but the inevitability of prosecutorial discretion with finite enforcement resources. Prevention of their solicitation can only arise if they fail to comply with content‐neutral, unambiguous, and narrowly drawn standards for disclosure—they need only submit a document they already prepare and submit to the IRS—and then only after warning and opportunity to cure. It is, in other words, a remedial measure, not ex ante censorship. Moreover, without any indication of bias in application, we cannot view the Attorney General’s discretion to determine which groups receive deficiency notices or face penalties for failing to file Schedule B as anything but a necessary manifestation of the need to prioritize certain enforcement efforts over others.

Thus, the Citizens United charitable organizations will need to disclose the same information to New York and they do to the IRS or else face penalties. But it may be that they use some of their donations to petition the United States Supreme Court for review.