In his opinion in Hand v. Scott, United States District Judge for the Northern District of Florida Mark Walker declared Florida's re-enfranchisement scheme for persons convicted of felonies to be restored their right to vote unconstitutional under both the First Amendment and the Fourteenth Amendment's Equal Protection Clause.

The court's decision was on cross motions for summary judgment and Judge Walker opens his opinion by describing the Florida scheme:

Florida strips the right to vote from every man and woman who commits a felony. To vote again, disenfranchised citizens must kowtow before a panel of high-level government officials over which Florida’s Governor has absolute veto authority. No standards guide the panel. Its members alone must be satisfied that these citizens deserve restoration. Until that moment (if it ever comes), these citizens cannot legally vote for presidents, governors, senators, representatives, mayors, or school-board members. These citizens are subject to the consequences of bills, actions, programs, and policies that their elected leaders enact and enforce. But these citizens cannot ever legally vote unless Florida’s Governor approves restoration of this fundamental right.

Florida’s Executive Clemency Board has, by rule, unfettered discretion in restoring voting rights. “We can do whatever we want,” the Governor said at one clemency hearing.  One need not search long to find alarming illustrations of this scheme in action. In 2010, a white man, Steven Warner, cast an illegal ballot. Three years later, he sought the restoration of his voting rights. He went before the state’s Executive Clemency Board, where Governor Scott asked him about his illegal voting.

“Actually, I voted for you,” he said. The Governor laughed. “I probably shouldn’t respond to that.” A few seconds passed. The Governor then granted the former felon his voting rights. 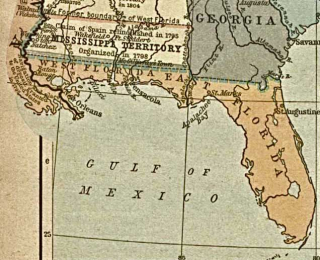 While the state can deny persons convicted of a felony the right to vote under the Fourteenth Amendment as construed by the Court in Richardson v. Ramirez (1974), the issue before Judge Walker was whether the vote restoration process was constitutional. Seemingly, the state argued it had absolute discretion to restore voting rights. Judge Walker held that such discretion violated the First Amendment rights to free association and expression, and the Fourteenth Amendment's Equal Protection Clause.

On the First Amendment claim, Judge Walker first articulated the right of free political association and then the right to vote as including a First Amendment right, interestingly relying in part on Citizens United.  Judge Walker writes that the unfettered discretion in vote restoration cannot survive exacting scrutiny.  Even if the government interest in limiting the franchise to responsible persons is valid, "Florida does not use the least-restrictive means to pursue its interests in preventing possibly irresponsible citizens from choosing their leaders."

Florida’s vote-restoration scheme is crushingly restrictive. The scheme crumbles under strict scrutiny because it risks—if not covertly authorizes the practice of—arbitrary and discriminatory vote-restoration. When a scheme allows government officials to “do whatever [they] want,” viewpoint discrimination can slip through the cracks of a seemingly impartial process. [citing record] Such discrimination can lead to a denial of “the fruits of their association, to wit: [former felons’] political impact”—or widespread, insidious bias to benefit the Governor’s political party. Touchston, 234 F.3d at 1154 (Tjoflat, J., dissenting). State officials’ potential political, racial, or religious biases cannot poison the well of vote-restoration.

Judge Walker discussed several instances of possible discrimination and disparities, but ultimately concluded that it was the possibility of discrimination from unfettered discretion that was crucial. Additionally, the Governor as ultimate arbiter was fatal:

[t]he Governor has de facto veto authority over anyone’s restoration. All the component parts of the vote- restoration process that Defendants wave like shiny objects to distract from potential viewpoint discrimination—the investigations, case analyses, and hearings—mean nothing if the Governor alone has final authority to restore Plaintiffs’ rights.

On the Equal Protection Clause claim, Judge Walker essentially applied rational basis scrutiny and found that the "violation in this case—the substantial risk of arbitrary and discriminatory vote-restoration based on an applicant’s identity and perceived voting preferences from partisan government officials— is worse than a coin flip."  Judge Walker stated that while the state may have a legitimate interest in limiting the franchise to responsible voters, the means chosen failed because it was at best, "arbitrary and disparate," interestingly quoting Bush v. Gore, on which the plaintiffs relied. Judge Walker added that at worst, the scheme would be discriminatory.

Judge Walker ordered additional briefings regarding remedies. Even if the state does not appeal, the question of remedies will be a difficult one.

Meanwhile, a ballot measure to restore voting rights to persons convicted of felonies has just been approved for the November ballot.