On February 28, 2018, the United States Supreme Court will hear arguments in Minnesota Voters Alliance v. Mansky, a First Amendment challenge to Minn. Stat. §211B.11, entitled "Soliciting near polling places," and includes among its petty misdemeanor violations a prohibition of political attire: "A political badge, political button, or other political insignia may not be worn at or about the polling place on primary or election day."

The Eighth Circuit, in a brief opinion affirming the district judge's grant of summary judgment to the government defendants, upheld the statute against an as-applied First Amendment challenge. 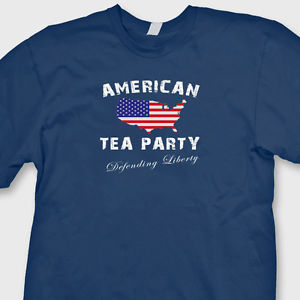 The plaintiffs sought to wear Tea Party apparel and part of their argument was that the Tea Party was not a political party and that they had been subject to selective enforcement. The Eighth Circuit rather summarily rejected both of these arguments finding that they were not supported by the record.  In a previous opinion, the Eighth Circuit had allowed plaintiffs to develop this record by reversing the district judge's initial dismissal of the complaint on the First Amendment as-applied claim, while affirming the dismissal of the First Amendment facial challenge and an equal protection challenge. One judge dissented on the First Amendment facial challenge claim.  And it this facial challenge that is before the United States Supreme Court, the question presented by the petition for certiorari is: "Is Minnesota Statute Section 211B.11(1), which broadly bans all political apparel at the polling place, facially overbroad under the First Amendment?"

Undoubtedly the political attire at issue is expressive speech that the government could not ordinarily ban under the First Amendment. Thus, the status of the polling place on election day as an exception will be the centerpiece of the arguments. In Burson v. Freeman (1992), the Court upheld a Tennessee statute which prohibited the solicitation of votes and the display or distribution of campaign materials within 100 feet of the entrance to a polling place. The plurality opinion by Justice Blackmun applied strict scrutiny, finding that 100 feet parameter involved a public forum and that the speech was being regulated on the basis of its content. However, confronted with a "particularly difficult reconciliation" of rights: "the accommodation of the right to engage in political discourse with the right to vote - a right at the heart of our democracy," the plurality found that this was a "rare case" in which a statute survived strict scrutiny.

Here, the State, as recognized administrator of elections, has asserted that the exercise of free speech rights conflicts with another fundamental right, the right to cast a ballot in an election free from the taint of intimidation and fraud. A long history, a substantial consensus, and simple common sense show that some restricted zone around polling places is necessary to protect that fundamental right. Given the conflict between these two rights, we hold that requiring solicitors to stand 100 feet from the entrances to polling places does not constitute an unconstitutional compromise.

Concurring, Justice Scalia disagreed that the case involved a public forum: "Because restrictions on speech around polling places on election day are as venerable a part of the American tradition as the secret ballot,"  "exacting scrutiny" was inappropriate. Instead, Scalia contended that although the statute was content based, it was "constitutional because it is a reasonable, viewpoint-neutral regulation of a nonpublic forum."

In addition to this precedent, it will be difficult to ignore that the oral argument will be occurring at the United States Supreme Court with its specific instruction to visitors to the argument that "identification tags (other than military), display buttons and inappropriate clothing may not be worn." Additionally, two federal statutes, 40 U.S.C. §6135 and 40 U.S.C. 13k make it unlawful "to display therein any flag, banner, or device designed or adapted to bring into public notice any party, organization, or movement" in the Supreme Court building or grounds.  The Court determined that the prohibition of political speech as applied to the surrounding sidewalk of the Supreme Court was unconstitutional in United States v. Grace (1983) (Mary Grace was displaying a placard with the First Amendment), but stopped far short of declaring the statute unconstitutional. Dissenting in part, Justice Marshall contended that the entire statute should be unconstitutional, noting that it “would be ironic indeed if an exception to the Constitution were to be recognized for the very institution that has the chief responsibility for protecting constitutional rights.”

But after some D.C. courts had upheld the statutes, a D.C. district judge declared U.S.C. §6135 unconstitutional in Hodge v. Talkin (2013), causing the Supreme Court to amend its regulations regarding the term "demonstration" to exclude "casual use by visitors or tourists that is not reasonably likely to attract a crowd or onlookers.," but to nevertheless continue to prohibit "all other like forms of conduct that involve the communication or expression of views or grievances." Nevertheless, a person arrested for wearing a jacket with the words "Occupy Everywhere" as a seemingly casual visitor to the Supreme Court building achieved little success in his attempt to vindicate himself.  In other courtrooms, judges have banned spectators from wearing expressions related to the proceedings, for example in the trial of Bei Bei Shuai for ingesting poison to kill herself that harmed her fetus, and in the high-profile criminal trial of Cecily McMillan for assaulting a police officer who she alleged grabbed her breast. The United States Supreme Court obliquely confronted the issue of courtroom spectator in 2006 in Carey v. Musladin, which was decided on other procedural grounds. (For more discussion of spectator attire in courtrooms see Dressing Constitutionally).

The courtroom analogy will most likely surface at some point during the oral argument. In its brief, the Minnesota Voters Alliance relies on Justice Marshall's partial dissenting opinion in Grace, while Manksy's Respondent's brief ventures a specific analogy:

Because voting rights are of such bedrock importance, a polling place—like a courtroom—can reasonably be restricted to reflect the solemn and weighty nature of the function that occurs there.

But it will be interesting to hear how specific comparisons the United States Supreme Court's own practices in banning political t-shirts and similar attire will be. As for the attire of those attending the oral argument, if past practices hold, none of them will be wearing a Tea Party t-shirt or even a button expressing a political viewpoint.