In its unanimous panel opinion in Wandering Dago, Inc. v. DeSito, the Second Circuit reversed the district court and held that the the denial of a permit to operate a food truck at the Empire State Plaza in Albany violated the First Amendment as well as the Equal Protection Clause.

Recall from our discussion of the district court's 2016 decision that the issue involved a program in a facility owned by the state of New York and operated by the state Office of General Services (OGS) under Commissioner RoAnn Desito. In the summers of 2013 and 2014, OGS administered "The Empire State Plaza Summer Outdoor Lunch Program," permitting vendors to operate food trucks for limited hours on the plaza, intended to provide "lunch options to the approximately 11,000 State employees who work at Empire State Plaza, as well as for visitors to the Capitol, State Museum, performing arts center" and various monuments and memorials in New York's capital city. 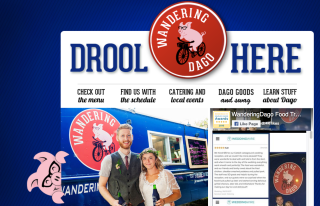 As the list of applicants was being processed, the application for "Wandering Dago" attracted attention of OGS employees, one who "recognized the term 'dago' as 'a highly offensive term for Italians,'" and after conducting a "computer search" to determine whether this was true, his conclusion was not only "confirmed" but it was "revealed" that the term has been "used to refer to people of Spanish and Portuguese descent, as well as Italians." OGS denied the application "on the grounds that its name contains an offensive ethnic slur and does not fit with OGS' policy of providing family-friendly policy." Wandering Dago's application the next year was similarly rejected.

The Second Circuit's opinion, authored by Judge Susan Carney, concluded that the case was clearly governed by the United States Supreme Court's recent decision in Matal v. Tam ("The Slants" case) finding that the "disparagement" provision in the trademark statute constituted viewpoint discrimination and failed strict scrutiny.  The district judge's decision was rendered before the Supreme Court's opinion, but she had rejected the applicability of the en banc Federal Circuit's  opinion in  In Re Simon Shiao Tam because she concluded the lunch program was a nonpublic forum.  For the Second Circuit, however, the rejection of Wandering Dago's application based on viewpoint merited strict scrutiny under the First Amendment whether or not that "speech is categorized as commercial speech, speech in a public forum, or speech in a nonpublic forum."

The Second Circuit applied strict scrutiny, even while noting that New York did not argue it could satisfy the standard, in order to "complete the analytical picture."  Not surprisingly, the court found that the denial of the permit failed strict scrutiny.

More surprisingly, the Second Circuit also reversed the district judge's grant of summary judgment to the government on the Equal Protection Clause claim.  In a brief passage, the court found that there was selective enforcement of the permit scheme with "intent to inhibit or punish the exercise of constitutional rights." This finding rested on New York's granting of permits to other vendors applying to participate in the Lunch Program, including the “Slidin’ Dirty” truck. Thus, the court concluded that Wandering Dago was being discriminated against for its free speech constitutional rights "in branding itself and its products with ethnic slurs."

While it is possible that New York will seek certiorari, it seems more likely that the state will accede to the decision and perhaps change its lunch program to make it less a permit scheme and more a government-sponsored "speech" event.