In its opinion in C.J.L.G. v. Sessions, a panel of the Ninth Circuit held that neither the Due Process Clause of the Fifth Amendment nor the Immigration & Nationality Act includes a right to court-appointed counsel for minors.

C.J., a thirteen year old, fled Honduras with his mother after being threatened at gunpoint to join a gang, and arrived in the United States without documentation. Neither spoke English. In the removal proceedings, his mother was informed she could obtain an attorney, but she stated that she could not afford one. She filled out forms to request relief. Eventually an immigration judge held a brief hearing and issued a written denial of the application for asylum. withholding of removal, and relief under the Convention Against Torture, finding the minor had not demonstrated a well-founded fear of persecution or membership in a protected group, and that there was fear of torture or acquiescence of the government.

In a very brief concurring opinion, Judge John Owens notes that C.J., who was with his mother, was not an unaccompanied minor: "The opinion does not hold, or even discuss, whether the Due Process Clause mandates counsel for unaccompanied minors. That is a different question that could lead to a different answer." 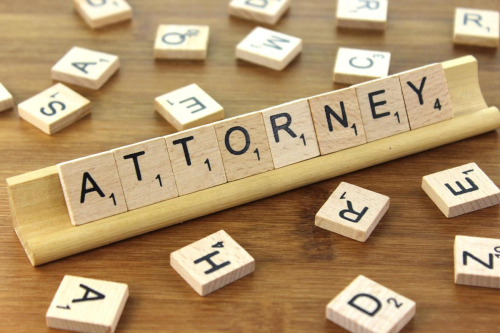 Nevertheless, in the opinion by Judge Consuelo M. Callahan for what is essentially a unanimous panel, C.J.'s mother is not an advantage for C.J. Indeed, as the court's opinion states,

In C.J.’s case, the onus was almost entirely on the IJ [immigration judge] to develop the record. C.J.’s mother was ill-equipped to understand the proceedings or to comprehend C.J.’s burden in establishing eligibility for relief, and the government asked no questions. Thus, it was up to the IJ to discover any facts that might support C.J.’s asylum claim.

Judge Callahan notes that "alien minors" have the same Due Process rights as any other persons, and that there is a right to counsel under the federal statute and regulations, it is a different question whether C.J. is "entitled to court- appointed counsel at government expense—a privilege that Congress has not conferred." Additionally, to prevail C.J. must demonstrate that the denial of an attorney "prejudiced the outcome of his removal proceeding."

The court distinguished previous Ninth Circuit precedent regarding counsel who was inadequate, concluding that this did not include a right to court-appointed counsel. The court also refused to extend In re Gault (1967), holding that minors are entitled to court appointed counsel in some juvenile proceedings:

Nothing in Gaultor its progeny compels the outcome that minors in civil immigration proceedings who do not face the threat of incarceration are categorically entitled to court-appointed counsel. Indeed, “the [Supreme] Court has [never] determined that due process principles of fundamental fairness categorically require counsel in any context outside criminal proceedings.” Turner[ v. Rogers], 564 U.S. at 454 (Thomas, J., dissenting). We therefore hold that it is not established law that alien minors are categorically entitled to government- funded, court-appointed counsel.

The court then engaged in a Matthews v. Eldridge balancing test for procedural due process, to “determine what process is due by balancing (1) the private interest at stake, (2) ‘the risk of an erroneous deprivation of such interest through the procedures used, and the probable value, if any, of additional safeguards,’ and (3) the government’s interest, including the burdens of any additional process.” The court found some appeal with the government's argument that there was only a slight private interest because C.J. had only been in the United States a few days, but concluded that C.J. did meet the first factor because the gang "attempted to recruit him under duress—at gunpoint no less—before he fled provides reason to believe that C.J. would encounter similar threats and perhaps worse upon his return."

As to the second Matthews factor, the court acknowledged that an attorney usually makes a difference in removal proceedings for minors, but considered whether here the Immigration Judge provided a "full and fair hearing" but considering the elements of the claim and the evidence.  Although the court stated that "To be sure, C.J.’s removal proceeding was not a paragon of procedural decorum" and the "IJ should have more clearly explained the standard for asylum relief," the court nevertheless concluded that "C.J. falls well short of accomplishing this Herculean task [of satisfying this factor] because he fails to show that the process Congress prescribed is categorically inadequate to vindicate an alien minor’s right to due process. The second Mathews factor favors the government."

As to the third factor, the court concludes that the government's burden would be a financial one: "Requiring government-funded counsel would significantly increase the funds expended on immigration matters."
The court therefore found no procedural due process right to appointed counsel and further bolstered this finding with a discussion of the judicial role and separation of powers, a discussion of the merits of the other substantive claims under the INA.
The window left open by the concurring opinion - - - the case of unaccompanied minors - - - will most likely be the next subject of litigation.