Judge Jane Restani, writing for the unanimous panel, rejected that claim that the United States Supreme Court's landmark decision in Lawrence v. Texas (2003) conferred a fundamental right to sexual intimacy under the Fourteenth Amendment's Due Process Clause.  Restani's opinion declares that "whatever the nature of the right protected in Lawrence, one thing Lawrence does make explicit is that the Lawrence case “does not involve ... prostitution,” quoting from what some have called Lawrence's "caveat paragraph."

Given that there was no fundamental right at stake, the Ninth Circuit then applied rational basis and found there were several legitimate purposes found by the district court including links between commercial sex and trafficking in women and children; creating a "climate conducive to violence against women;" a "substantial link between prostitution and illegal drug use," and a link between commercial sex and "the transmission of AIDS and other sexually transmitted diseases." Judge Restani's opinion then summarily rejected the argument that the criminalization of commercial sex actually exacerbated the very problems it sought to remedy, stating that such assertions do not undermine the “rational speculation” sufficient to sustain the statute. The opinion relied on  FCC v. Beach Communications (1993) for its highly deferential rational basis standard, despite the constitutional doctrine in Beach Communications being equal protection (albeit under the Fifth Amendment) rather than due process. 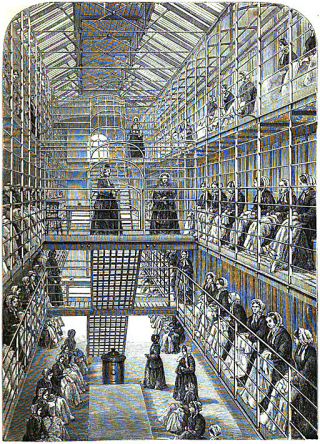 The Ninth Circuit was no more receptive to the other constitutional challenges.  On the First Amendment free association claim, the court found that this was more properly analyzed as due process, and thus the rejection of the due process claim was dispositive. On the "right to earn a living" claim under due process, the court again relied on Lawrence's exclusion of commercial sex.  Finally, on the First Amendment free speech claim, the court considered the solicitation of commercial sex as speech and analyzed it under the landmark test of  Central Hudson Gas & Elec. Corp. v. Pub. Serv. Comm’n of N.Y (1980). The court noted that the first prong regarding the exclusion for "unlawful activity" was determinative, but nevertheless continued, and briefly applied the other parts of the Central Hudson and found the statute did not violate the First Amendment.

In this 20 page opinion, the Ninth Circuit both manages to take the constitutional challenges to the criminalization of commercial sex seriously and to repudiate them.