In his opinion in Koontz v. Watson, United States District Judge Daniel Crabtree enjoined Kansas officials from enforcing Kan. Stat. Ann. § 75- 3740 f and any other Kansas statute, law, policy, or practice that requires independent contractors to declare that they are not participating in a boycott of Israel.  The Kansas statute is meant to counteract the so-called BDS (Boycott, Divestment, and Sanctions) movement which seeks to increase economic pressure on Israel as a means to accomplish specific goals.

After finding that the constitutional challenge was ripe, as well as not moot (since the state contended it would grant a waiver to the plaintiffs), Judge Crabtree found that plaintiffs were likely to prevail on their claim that the statute violated the First Amendment and a preliminary injunction was warranted. Judge Crabtree declared that under the First Amendment, states cannot retaliate or impose conditions on an independent contractor “ʻon a basis that infringes his constitutionally protected freedom of speech,'" and that the same guidelines developed under Pickering v. Board of Education of Township High School District 205, Will County, Illinois (1969) should apply.

On the first Pickering factor, Judge Crabtree found that Ms. Koontz's conduct of participating in a boycott was protected speech under NAACP v. Claiborne Hardware Co. (1982): 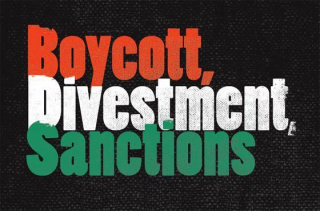 In evaluating the government interest under Pickering, Judge Crabtree determined that the legislative history revealed that the goal was to "undermine the message of those participating in a boycott of Israel": "This is either viewpoint discrimination against the opinion that Israel mistreats Palestinians or subject matter discrimination on the topic of Israel." An additional possibility was the legislative goal to "minimize discomfort" of Israeli businesses. Judge Crabtree found these goals were not legitimate.

On the narrowly tailored prong, Judge Crabtree found that the means chosen would be both overinclusive and underinclusive to any legitimate goals such as those involving trade relations with Israel. Moreover,

The authority the Kansas Law grants the Secretary of Administration to waive the certification requirement also undermines any rationale offered by defendant. As the Supreme Court noted in City of Ladue v. Gilleo(1994), “Exemptions from an otherwise legitimate regulation of a medium of speech . . . may diminish the credibility of the government’s rationale for restricting speech in the first place.”

It is easy enough to associate plaintiff’s conduct with the message that the boycotters believe Israel should improve its treatment of Palestinians. And boycotts—like parades—have an expressive quality. Forcing plaintiff to disown her boycott is akin to forcing plaintiff to accommodate Kansas’s message of support for Israel. Because the Kansas Law regulates inherently expressive conduct and forces plaintiff to accommodate Kansas’s message, it is unlike the law at issue in Rumsfeld. The court thus finds defendant’s reliance on Rumsfeld misplaced.

After finding a likely First Amendment violation, Judge Crabtree further found the factors of granting a preliminary injunction were met.

Kansas is not the only state to have so-called anti-BDS legislation or policies. For good overviews see here and here.  It is a contentious issue and this case is sure to be appealed.