In his opinion in Greater Birmingham Ministries v. Merrill, United States District Judge L. Scott Cooler granted summary judgment to the state in a challenge to Alabama's Photo Identification statute, Ala. Code § 17-9-30, passed in 2011 and first operative in 2014.  Plaintiffs argued that the photo identification law violated the Fourteenth Amendment's Equal Protection Clause and the Fifteenth Amendment's guarantee that the "right of citizens of the United States to vote shall not be denied or abridged by the United States or by any State on account of race, color, or previous condition of servitude.”

Because the Alabama voter photo identification statute did not make an explicit racial classification, the plaintiffs had the burden of demonstrating that the statute had both racial intent and racial effect as the United Sates Supreme Court made clear in Arlington Heights v. Metro. Hous. Dev. Corp. (1977) and Washington v. Davis (1976).  Judge Cooler recited the Arlington Heights factors for intent - - - usually the more difficult prong to prove - - - but then determined that "such an undertaking is not necessary in this case," because plaintiffs did not show effect.  Judge Cooler concluded that in this case, "the Photo ID Law does not in fact discriminate on the basis of race." (emphasis in original).

Essentially, Judge Cooler rejected the relevance of expert testimony regarding the racial impact:

Interestingly, Judge Cooler continued with an allusion to the high voter turnout in the hotly contested Alabama Senate race:

It is worth noting that any conclusions reached from this evidence must be qualified by the fact that the studies were completed in July 2016, and the actual possession rates are certainly in flux as voters who want them obtain photo IDs. Indeed, since the analyses were done, there has been a Presidential election and a special election to choose Alabama’s U.S. Senator. Many people who may not have had ID more than a year ago could have gotten one since, particularly if they wanted to participate in those elections.

Judge Cooler then discussed the requirements for obtaining photo identification and concluded:

In sum, the “impact” of the law should not be measured by how many people lack a given ID at a given point in time, but by whether someone without an ID can easily get one. In Alabama, the law has no discriminatory impact because it does not prevent anyone from voting, not when free IDs are issued in every county, or at home, under conditions that any registered voter can meet.

Returning to the issue of intent, Judge Cooler found that "there is no evidence that the Alabama Legislature believed that a photo ID law would disadvantage minority voters, particularly after providing means for people without an ID to receive one free of charge."  Not surprisingly, Judge Cooler also denied the plaintiffs' claim under the Voting Rights Act.

Given the contentious state of efforts to prevent "voter fraud" that may be linked to efforts to suppress the vote by non-white voters, this is sure to be appealed. 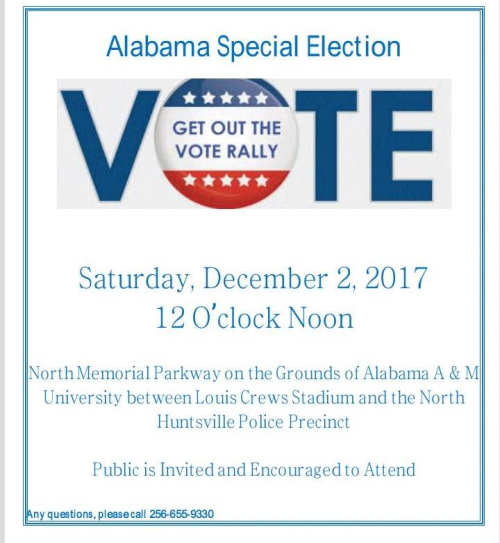 UPDATE: Notice of Appeal and Statement from LDF-NAACP here