With the termination by Executive Order of the Presidential Advisory Commission on Election Integrity, also known as the "voter fraud commission," it's a good time to (re)read Atiba Ellis's article from 2014, The Meme of Voter Fraud.

Professor Ellis argues that "meme theory" offers a useful methodology to analyze the origins, evolution, and persistence of voter fraud rhetoric. For Ellis, a "meme" is not only a cute internet cat photo with changing words, but an "idea that spreads from person to person within a culture and replicates along with other ideas to form an ideology or worldview." The meme of "voter fraud" on his account is the latest iteration of the ideology that some people are deemed “unworthy” of the vote.

Ellis addressed the relevancy of the meme of voter fraud as it was being deployed by Trump shortly after the 2016 election (and which led to the creation of the commission).  Ellis wrote that the problem with Trump's use of the voter fraud meme is that 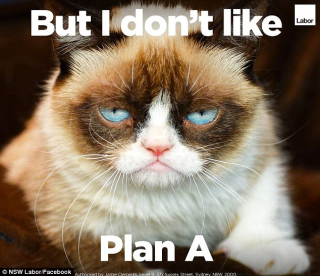 It seeks to rig our thinking about democracy. Because a meme persuades through appeal and not logic, makes facts completely irrelevant when the story is too good. This doesn’t matter much with cat videos, but Mr. Trump’s rigged election meme are dangerous because they detach us from facts as our basis for making real-world decisions.

To believe that millions of certain voters are illegitimate simply because someone says so is to trade in an ideology of exclusion. America did this for the majority of its history with the effect of excluding women, African Americans, and naturalized immigrants in favor of property-holding white men.

While the termination of the presidential commission might be seen as a rejection of the voter fraud meme, the official Statement of the Press Secretary is less than a disavowal:

Despite substantial evidence of voter fraud, many states have refused to provide the Presidential Advisory Commission on Election Integrity with basic information relevant to its inquiry. Rather than engage in endless legal battles at taxpayer expense, today President Donald J. Trump signed an executive order to dissolve the Commission, and he has asked the Department of Homeland Security to review its initial findings and determine next courses of action.

This claim of "substantial evidence" seems to indicate that meme persists.

UPDATE: The President's tweets, which arguably have the status of official statements, confirm that the meme of voter fraud has not been abandoned:

Many mostly Democrat States refused to hand over data from the 2016 Election to the Commission On Voter Fraud. They fought hard that the Commission not see their records or methods because they know that many people are voting illegally. System is rigged, must go to Voter I.D.

As Americans, you need identification, sometimes in a very strong and accurate form, for almost everything you do.....except when it comes to the most important thing, VOTING for the people that run your country. Push hard for Voter Identification!