Montana Code of Judicial Conduct 4.1(A)(7) prohibits judicial candidates from seeking, accepting, or using endorsements from a political party/organization or partisan candidate, although it does allow political parties to endorse and even provide funds to judicial candidates.  Affirming the district judge and upholding the provision's constitutionality, the Ninth Circuit opinion by Judge Jay Bybee surveys the United States Supreme Court's two opinions on the First Amendment and judicial campaign ethics - - - Republican Party of Minnesota v. White (2002) and Williams-Yulee v. Florida Bar (2015) - - - and notes that although the Supreme Court has provided "mixed guidance," the "clear shift in favor of state regulation" and "palpable change" in Williams-Yulee renders the arguments of the challengers unavailing. 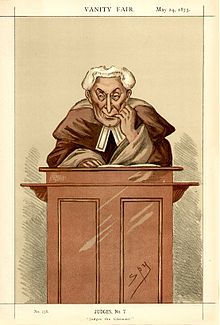 After a rehearsal of the cases, including a Ninth Circuit en banc decision, Judge Bybee applied strict scrutiny.  Montana's compelling governmental interest of "actual and perceived judicial impartiality" had been accepted in Williams-Yulee. The second interest in a "structurally independent judiciary" is also evaluated, with a supporting citation to The Federalist No. 78, and implicitly found to be even "more compelling." The major challenge, however, was that the judicial canon was not narrowly tailored because it was "fatally underinclusive." On this issue, Judge Bybee's opinion again relied on the change wrought by Williams-Yulee, quoting language disapproving on underinclusiveness.  More specifically, the court found that the interest in judicial independence was differently served by endorsements from political parties (whose use was prohibited by the canon) than by endorsements by interest groups. Likewise, the court found that permitting judicial candidates to solicit and use money from political parties was unpersuasive because endorsements are more public, although the information regarding contributions is also available to the public.

The court also rejected the argument that Montana did not show political endorsements cause harm noting that such an argument could lead to a finding that Montana's choice of nonpartisan judicial elections was itself unconstitutional.  Moreover, the elimination of judicial elections entirely is not a less restrictive means consistent with Williams-Yulee.

Although Williams-Yulee was a closely divided case and its reasoning not entirely clear, it provides the basis on which courts are upholding judicial campaigning restrictions.

I like that Montana rule. In Washington State it doesn't exist, and the judicial candidates seek endorsements from the party that's been in complete charge for ~30 years. There's a real problem even locating a semblance of impartiality in public-arena issue civil litigation now, in light of how a handful of really deep-pocket interest groups pick the winners who'll serve on the appellate court benches. So, are collusive claim lawsuits endemic in other states with de facto one party rule? Asking for a friend . . . https://washington-collusive-claim-lawsuits.site123.me/