In his 2017 Year-End Report on the Federal Judiciary United States Supreme Court Chief Justice concentrated on disaster-preparedness, stating that

we cannot forget our fellow citizens in Texas, Florida, Puerto Rico, and the Virgin Islands who are continuing to recover from Hurricanes Harvey, Irma, and Maria, and those in California who continue to confront historic wildfires and their smoldering consequences. The courts cannot provide food, shelter, or medical aid, but they must stand ready to perform their judicial functions as part of the recovery effort.

As part of the effort to maintain judicial functions, Roberts' noted that the Administrative Office of the United States Courts has established an Emergency Management and Preparedness Branch, including having response teams. He added:

I recognize that this might sound like trying to fight fire with administrative jargon. But imagine yourself one of a handful of employees of the bankruptcy court in Santa Rosa, California, when raging wildfires suddenly approach the courthouse where you work and state officials order evacuation—as happened this past September. The staff members did not face the emergency alone; they had at their disposal a professional response team to assist in making quick decisions to protect personnel, relocate services, and ensure continuity of operations.

He also lauded the oft-forgotten territories in the United States that have been coping with the after-effects of disaster:

The hurricanes brought flooding, power outages, infrastructure damage, and individual hardship to Texas and Florida. But the judicial districts of the Virgin Islands and Puerto Rico were especially hard hit. Judges and court employees responded in dedicated and even heroic fashion. They continued to work even in the face of personal emergencies, demonstrating their commitment to their important public responsibilities. 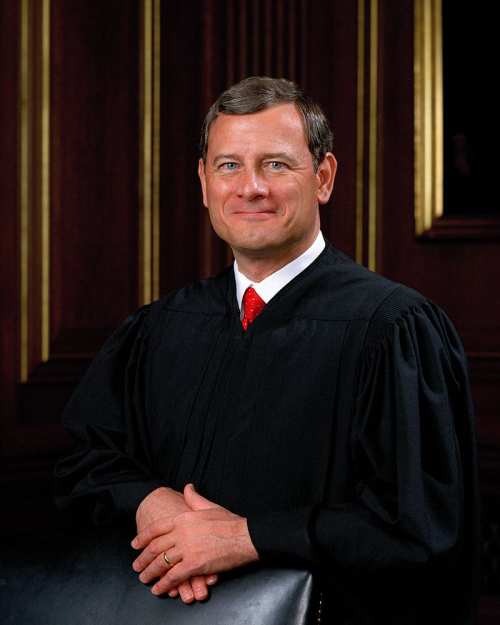 And he pointed out that the obligation of the judicial system included persons subject to the courts’ continuing jurisdiction, including those who are imprisoned, as well as other challenges.

Roberts' ended the 16 page report with a segue to the "new challenge" of dealing with the "depth of sexual harassment."

Events in recent months have illuminated the depth of the problem of sexual harassment in the workplace, and events in the past few weeks have made clear that the judicial branch is not immune. The judiciary will begin 2018 by undertaking a careful evaluation of whether its standards of conduct and its procedures for investigating and correcting inappropriate behavior are adequate to ensure an exemplary workplace for every judge and every court employee.

I have asked the Director of the Administrative Office to assemble a working group to examine our practices and address these issues. I expect the working group to consider whether changes are needed in our codes of conduct, our guidance to employees—including law clerks—on issues of confidentiality and reporting of instances of misconduct, our educational programs, and our rules for investigating and processing misconduct complaints. These concerns warrant serious attention from all quarters of the judicial branch. I have great confidence in the men and women who comprise our judiciary. I am sure that the overwhelming number have no tolerance for harassment and share the view that victims must have clear and immediate recourse to effective remedies.

Roberts' is undoubtedly responding to the high-profile resignation of Ninth Circuit Judge Alex Kozinski and public letters from former law clerks, professors, and others to address the issue of inappropriate conduct by federal judges.

What might have also been in the report?  The need for diversity among Article III judges, especially given the tendency of the recent and current nominations to be white and male.