In his opinion  in Stone v. Trump, United States District Judge Marvin Garvis of the District of Maryland isued a preliminary injunction against the United States military's ban on transgender troops and resources for "sex-reassignment" medical procedures.

Recall that after several tweets this past July (which Judge Garvis embeds in the opinion), President Trump issued a Memorandum for the Secretary of Defense and Secretary of Homeland Security through the Office of the Press Secretary directing the halt of accession of transgender individuals into the military and the halt of all resources "to fund sex-reassignment surgical procedures for military personnel, except to the extent necessary to protect the health of an individual who has already begun a course of treatment to reassign his or her sex." 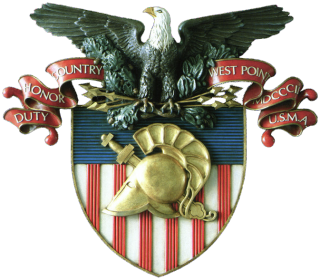 Judge Garvis has ordered a complete preliminary injunction.  Unlike Judge Kollar-Kotelly in Doe, Judge Garvis found that several plaintiffs in Stone had standing regarding the Sex Reassignment Directive which takes effect March 23.  Specifically, Judge Garvis found that it highly unlikely that plaintiffs Stone and Cole would be able to complete their medical plan before that date and that it was "at the very least plausible" that any policy exceptions would be applied to their scheduled post-March-23rd surgeries.

As for the merits, and the likelihood of success, Judge Garvis agreed with Doe. Judge Garvis discussed the Fifth Amendment protection of equal protection as applied to the military and found reason not to apply military deference, specifically mentioning the presidential tweets:

There is no doubt that the Directives in the President’s Memorandum set apart transgender service members to be treated differently from all other military service members. Defendants argue that deference is owed to military personnel decisions and to the military’s policymaking process. The Court does not disagree. However, the Court takes note of the Amici of retired military officers and former national security officials, who state “this is not a case where deference is warranted, in light of the absence of any considered military policymaking process, and the sharp departure from decades of precedent on the approach of the U.S. military to major personnel policy changes.”  President Trump’s tweets did not emerge from a policy review, nor did the Presidential Memorandum identify any policymaking process or evidence demonstrating that the revocation of transgender rights was necessary for any legitimate national interest. Based on the circumstances surrounding the President’s announcement and the departure from normal procedure, the Court agrees with the D.C. Court that there is sufficient support for Plaintiffs’ claims that “the decision to exclude transgender individuals was not driven by genuine concerns regarding military efficacy.”

The Court finds persuasive the D.C. Court’s reasons for applying intermediate scrutiny: transgender individuals appear to satisfy the criteria of at least a quasi-suspect classification, and the Directives are a form of discrimination on the basis of gender.  The Court also adopts the D.C. Court’s reasoning in the application of intermediate scrutiny to the Directives and finds that the Plaintiffs herein are likely to succeed on their Equal Protection claim.

However, Judge Garvis also based the equal protection violation on a finding of failure to satisfy "rational basis" (or perhaps rational basis "with bite") review:

Moreover, the Court finds that, based on the exhibits and declarations currently on the record, the Directives are unlikely to survive a rational review. The lack of any justification for the abrupt policy change, combined with the discriminatory impact to a group of our military service members who have served our country capably and honorably, cannot possibly constitute a legitimate governmental interest. See U. S. Dep’t of Agric. v. Moreno, 413 U.S. 528, 534 (1973).