The United States Supreme Court has granted certiorari in National Institute of Family and Life Advocates (NIFLA) v. Becerra to the Ninth Circuit's opinion  upholding the California Reproductive Freedom, Accountability, Comprehensive Care, and Transparency Act (FACT Act).  The California law requires that licensed pregnancy-related clinics, also known as crisis pregnancy centers, or CPCs, must disseminate a notice stating the existence of publicly- funded family-planning services, including contraception and abortion, and requires that unlicensed clinics disseminate a notice stating that they are not licensed by the State of California.  The California legislature had found that the approximately 200 CPCs in California employ “intentionally deceptive advertising and counseling practices [that] often confuse, misinform, and even intimidate women from making fully-informed, time-sensitive decisions about critical health care.” 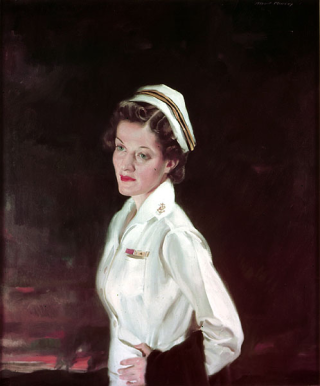 Recall that affirming the district judge, the unanimous Ninth Circuit panel rejected both the free speech and free exercise of religion claims advanced by NIFLA in seeking a preliminary injunction.  After finding that the challenge was justiciable as ripe, the panel opinion, authored by Judge Dorothy W. Nelson, first considered the free speech challenge which is at the center of the case.  The panel concluded that the California statute's requirement of disclosure of state-funded services merited intermediate scrutiny under the First Amendment, which it survived, and that the unlicensed disclosure requirement survived any level of scrutiny.  The Ninth Circuit rejected the argument that the FACT Act was viewpoint-discrimination subject to strict scrutiny. The Ninth Circuit did agree with the challengers that the disclosure requirement was content-based, but held that not all content-based regulations merit strict scrutiny under Reed v. Town of Gilbert (2015). The court looked back to Planned Parenthood of Southeastern Pennsylvania v. Casey (1992), noting that it did not announce a standard for abortion-related disclosure and applied Ninth Circuit precedent of Pickup v. Brown (2013) in which the court upheld a California statute banning conversion therapy under a "professional speech" intermediate standard of scrutiny. The panel upheld the statute applying intermediate scrutiny.

The Ninth Circuit ruling is at odds with other opinions, including, as the opinion noted, the Second Circuit in Evergreen Ass’n, Inc. v. City of N.Y.(2014) and the Fourth Circuit en banc in Centro Tepeyac v. Montgomery Cty. (2013) applied strict scrutiny and held similar provisions unconstitutional because there were other means available to inform pregnant women, including advertising campaigns.  Thus, it is this circuit split that will inform the United States Supreme Court arguments.

The Supreme Court's decision should resolve the debate concerning state regulation of crisis pregnancy centers but could also be much broader concerning so-called professional speech.