In oral arguments today in Gill v. Whitford,  the United States Supreme Court confronted the constitutionality of gerrymandering on the basis of political party.

Recall that in an extensive opinion the three-judge court concluded that Wisconsin's "gerrymandering" of districts was unconstitutional, rejecting the notion that the Equal Protection Clause's application "must be limited to situations where the dilution is based on classifications such as race and population." Instead, the three-judge court ruled that the First Amendment and Equal Protection Clause, together, "prohibit a redistricting scheme which (1) is intended to place a severe impediment on the effectiveness of the votes of individual citizens on the basis of their political affiliation, (2) has that effect, and (3) cannot be justified on other, legitimate legislative grounds."

The question of whether the issue was one of Equal Protection or First Amendment permeated the oral argument, in part because of the standing hurdle, with Justice Kennedy posing the initial question asking the attorney for Wisconsin (and Gill) to assume that the Court had "decided that this is a First Amendment issue, not an equal protection issue."  Later Justice Kennedy asked the attorney for the Wisconsin State Senate as amici curiae who had been allotted time in oral argument the question in a more straightforward manner: "Is there an equal protection violation or First Amendment violation?" assuming standing.  In the argument for the challengers to the state redistricting scheme, the attorney for the appellees Paul Smith seemed to lean toward the First Amendment regarding standing, but also stated there was not "anything unusual about using the First Amendment and the Fourteenth Amendment to regulate the abusive management of state elections by state government."

How a court would regulate (or even determine) whether state government's regulation was "abusive" is one of the central questions, no matter the doctrinal frame. Are there manageable judicial standards?  Does the "efficiency gap" [EG] provide those standards? Justice Breyer sought to provide a framework early in the argument:

So I'd have step one.  The judge says,Was there one party control of the redistricting?  If the answer to that is no, say there was a bipartisan commission, end of case. Okay?

Step two, is there partisan asymmetry? In other words, does the map treat the political parties differently?  And a good evidence of that is a party that got 48 percent of the vote got a majority of the legislature. Other evidence of that is what they call the EG,  which is not quite so complicated as the opposition makes it think.  Okay?  In other words, you look to see.

Question 3, is -- is there going to be persistent asymmetry over a range of votes? That is to say one party, A, gets 48 percent, 49 percent, 50 percent, 51, that's sort of the S-curve shows you that, you know, whether there is or is not.  And there has to be some.

Now, I suspect that that's manageable. 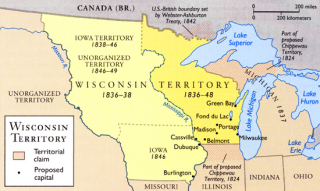 Justice Gorsuch returned to Breyer's standards later in the argument, essentially asking counsel for the challengers what the limiting principle would be so that every district would not be subject to litigation.

Justice Kagan also sought a limiting principle, especially since the redistricting map at issue was so problematical.  Yet Justice Kagan contended that the science of the redistricting was a science - - - and settled and understandable - - - although Chief Justice Roberts referred to the EG as "sociological gobbledygook." The Chief Justice also noted that the EG "doesn't sound like language in the Constitution," and that the "intelligent man on the street" would view the Court as being political - - - "the Supreme Court preferred the Democrats over the Republicans" - - - which would cause "serious harm to the status and integrity of the decisions of this Court."

For Justices Ginsburg and Sotomayor, the central concern seemed to be protecting what Ginsburg called "the precious right to vote" and what Sotomayor criticized as "stacking the deck," asking about the political value of gerrymandering at all. Justice Sotomayor also described the repeated map-making and redrawing of districts until the Wisconsin map was as partisan as it could possibly be.  She asked the attorney for Wisconsin why the legislators didn't use one of the earlier maps. He answered: "Because there was no constitutional requirement that they do so."  She responded: "That's the point."

As always, it is unclear from oral argument what the Court might do, but there did seem to be recognition of the problem of gerrymandering and the possibility of manageable standards with a limiting principle for many of the Justices.

If you would like to learn more about the Efficiency Gap...
https://www.youtube.com/watch?v=pteDqeX3CGg&feature=youtu.be