In its unanimous panel opinion in D.T. v. Patton (and the Denver Department of Health and Human Services), the Tenth Circuit recognized a claim for substantive due process and rejected qualified immunity based on a social worker's removal of the adolescent child, D.T., from his mother and recommending to the court that D.T. be placed with his father, who sexually abused him.

The court distinguished the landmark case of DeShaney v. Winnebago County Department of Social Services (1989), in which the United States Supreme Court held, in somewhat similar circumstances, that state officials are not liable for private-violence under the Fourteenth Amendment.  The court relied on the "danger-creation" exception to the DeShaney doctrine, which allows liability if  “a state actor affirmatively acts to create, or increase a plaintiff’s vulnerability to, danger from private violence." The court cited the Tenth Circuit's 2001 decision in Currier v. Doran, noting that "all circuits" have carved out a similar exception (in addition to the special-relationship exception), although the United States Supreme Court has not ruled on such exceptions.

Writing for the majority, Judge Scott Matheson extensive opinion discussed both DeShaney and Currier, including the elements developed in Currier: 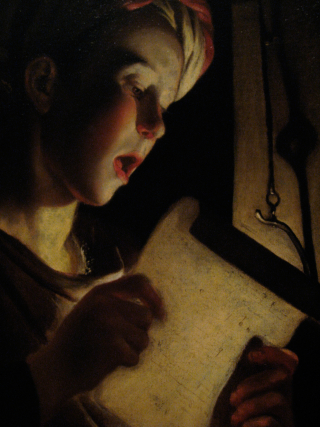 Judge Matheson's opinion then analyzed analyzed each of these.  Of central importance was the fact that the social worker knew of the father's previous conviction of attempted sexual assault on a minor, his step-daughter, as well as the father's violation of probation for contacting her and his failure to fulfill his sex offender treatment with regard to that conviction, in addition to "other charged offenses including misdemeanor wrongs to minors and misdemeanor domestic violence."  The social worker omitted these facts as well as her concerns about them from the court because of her supervisor's comments and her resultant fear she would be terminated from her employment if she shared these facts.  Moreover, she failed to investigate D.T.'s situation once he was placed in his father's home, and recorded her visits to the home that did not actually occur.

On qualified immunity, the court found that Currier clearly established a right that she violated. The court rejected the social worker's arguments attempting to draw lines between her pre-placement and post-placement conduct. The court also rejected the social worker's claims to avoid responsibility by sharing it with her "team" or assigning it to her supervisor.  The court found that she was the major actor and withheld facts from her team.  And while her supervisor might also be liable,

Ms. Patton’s reasons for deleting parts of her initial report to the juvenile court that outlined her concerns about T.D.’s placement with Mr. Duerson (i.e., to avoid being fired) support that she knew of the danger posed to T.D. in Mr. Duerson’s home and that she consciously disregarded that risk.

The court thus affirmed the grant of summary judgment to D.T. by the district judge.

Concurring, Judge Mary Beck Briscoe, who has been on the Tenth Circuit since 1995, expressed her belief that Currier was wrongly decided in 2001 and conflicts with DeShaney. For Judge Briscoe,

As a general matter, I find it hard to conclude that a social worker can be “responsible for” the independent decision of a judge who ultimately orders a change of custody. But, even if we assume such responsibility exists, we cannot transform omissions or failures to act into affirmative conduct merely by considering them “in the general context of” a custody recommendation. The only affirmative act that could be found in Currier is the recommendation itself, which, in my view is no different from the affirmative recommendation in DeShaney that Joshua be returned to his father’s custody. . . . This makes the state the permanent guarantor of a child's safety.

Yet the United States Supreme Court failed to grant certiorari in Currier and there is little here to make it likely that a petition for certiorari would not have the same result.