In a lengthy opinion in Petrello v. City of Manchester, United States District Judge Landya McCafferty found the City's efforts to control "panhandling" through its enforcement of a disorderly conduct statute and through an ordinance directed at panhandling both violated the First Amendment.

Ms. Petrello was arrested under the disorderly conduct statute although her panhandling was "passive" and she was not in the roadway.  Any "disorder" was actually caused by a third party driving a Cadillac who stopped the car to hand something to Petrello, who did not step into the road. 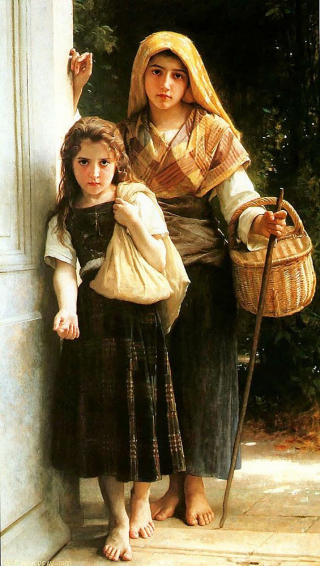 Judge McCafferty found that the Manchester Police Department (MPD) policy was a sufficient basis for  liability. The policy was clearly directed at enforcing the statute against even passive panhandling and under the First Amendment, she stated that the policy was content-neutral, because the discussions of the anti-handling policies were "not in terms of any message the panhandler is conveying, such as requests for donations." Nevertheless, she reasoned  that "in the end," she "need not resolve the question of whether the MPD Policy is content based, because it does not survive scrutiny as a content-neutral regulation."  Applying the doctrine of Ward v. Rock Against Racism (1989), Judge McCafferty found that while public safety and free flow of traffic are significant government interests, the policy burdens more speech than necessary.  Essential to this conclusion was the fact that the statute was applied to Ms. Petrello who did not step into the street, and that her speech should not be curtailed by third party driving a Cadillac or traffic lights that turned red too quickly. Judge McCafferty issued an injunction and ruled this could proceed to trial on damages.

In its other attempt to curtail panhandling. the City of Manchester passed an ordinance providing:

“No person shall knowingly distribute any item to, receive any item from, or exchange any item with the occupant of any motor vehicle when the vehicle is located in the roadway."

Again, Judge McCafferty found the ordinance content-neutral and again that the ordinance violated the First Amendment. Again, Judge McCaffery found that while the government interests were valid, the Ordinance was not sufficiently tailored to those interests for four main reasons: (1) the Ordinance bans roadside exchanges that do not obstruct traffic or pose safety risks; (2) the Ordinance is geographically overinclusive because it applies citywide; (3) the Ordinance is underinclusive because it penalizes only pedestrians, not motorists; and (4) the City has less speech- restrictive means available to address its concerns. In reaching these conclusions, Judge McCafferty relied in part on the Ninth Circuit en banc decision in Comite de Jornaleros de Redondo Beach v. City of Redondo Beach (2011) regarding day labor solicitation.

The opinion also addresses Petrello's standing to challenge the ordinance since she was not charged under it, but only the disorderly conduct statute, finding that she satisfied Article III standing although the City argued she had no imminent injury.  The opinion rejects Petrello's Fourth Amendment claim based on her original arrest and an equal protection challenge to the implementation of the statute.

The City could certainly appeal to the First Circuit, but it probably has little chance of success.