In its opinion in McLaughlin v. McLaughlin (Jones), the Arizona Supreme Court interpreted the United States Constitution to require that the statutory presumption of parentage applies to a woman in a same-sex marriage in the same way as would to a man in a different-sex marriage.

The majority opinion of the Arizona Supreme Court, authored by Chief Justice Scott Bales, rejected the interpretation of Obergefell advanced by Kimberly McLaughlin, the biological mother, that "Obergefell does not require extending statutory benefits linked to marriage to include same-sex couples; rather, it only invalidates laws prohibiting same-sex marriage."  Instead, Chief Justice Bales wrote that that such a "constricted reading is precluded by Obergefell itself ad the Supreme Court's recent decision in Pavan v. Smith."  Moreover, as in Pavan, the statute itself did not rest on biology but sought to sideline it.  The marital presumption assigns paternity based on marriage to the birth mother, not biological relationship to the child.  Thus, any differential treatment cannot be justified and the statute was unconstitutional as applied.

As a remedy, Judge Bales' opinion concluded that the extension of the presumption rather than striking the presumption was proper, relying on yet distinguishing the Court's recent decision in Sessions v. Morales-Santana.  It was on this issue that one Justice dissented, contending that the court was rewriting the statute.  Two other Justices wrote separately to concur on the remedy issue, noting that the majority must follow the United States Supreme Court and "circumstances require us to drive a remedial square peg into a statutory round hole," but "nothing in the majority opinion prevents the legislature from fashioning a broader or more suitable solution by amending or revoking" the statute.

Perhaps the Arizona legislature will see fit to abolish the marital presumption for all children? 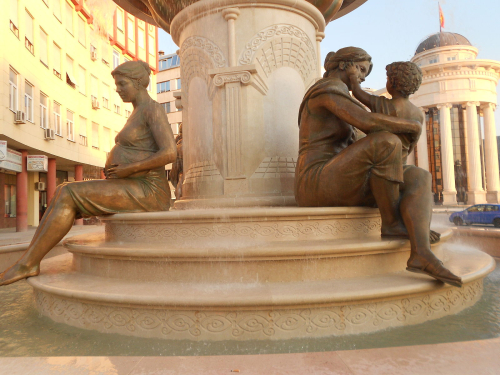