In an opinion in Vo v. Gee, Senior United States District Ivan L.R. Lemelle declared Louisiana's Act 436 violates both the Equal Protection and Due Process Clauses of the Fourteenth Amendment.

Act 436 amended the requirements to obtain a Louisiana marriage license so that an applicant born outside of the United States must submit a copy of the person's birth certificate under the raised seal or stamp of the vital statistics registration authority of the person's place of birth, with additional requirements if the document is not in English, and a valid and unexpired passport or an unexpired visa accompanied by a Form I-94 issued by the United States, verifying that the applicant is lawfully in the United States.  Viet "Victor" Ahn Vo, naturalized as a United States citizen at the age of 8, was nevertheless denied a marriage license because he did not have a birth certificate.  Vo was born in Indonesia in a refugee camp to parents who were Vietnamese nationals, relocating to Louisiana when Vo was three months of age. 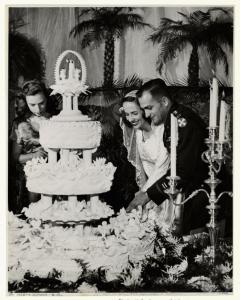 On the equal protection issue, Judge Lemelle stated that the "birth certificate provisions that the Louisiana legislature enacted creates classifications that distinguish between United States citizens on the basis of their national origin," and thus merits strict scrutiny, requiring a compelling government interest which the statute serves by narrowly tailored means. Without discussing any interests put forward by the state, Judge Lemelle concluded that the "State of Louisiana fails to demonstrate in their opposition that this classification based on national origin furthers a compelling governmental interest."  The judge therefore concluded there was an equal protection violation.

On the due process challenge, Judge Lemelle cited the "fundamental right to marry" under Obergefell v. Hodges as well as the Zablocki v. Redhail (1978) test of directly and substantially interfering with marriage as warranting strict scrutiny.  The judge rejected Louisiana's claim that a subsequent amendment to the act that allows for a judicial waiver in some cases cures the constitutional defects or rendered the case moot. (Recall that in Zablocki itself the statute allowed a judicial waiver of the bar for past due child support payments as an impediment to marriage).  Instead, Judge Lemelle noted that "the failure of the State of Louisiana to proffer any evidence of why this regulation passes constitutional muster" and held it violated due process.

The bulk of Judge Lemelle's relatively brief opinion addresses the more procedural issues of summary judgment and injunction standards, perhaps because the constitutional issues were clear as Louisiana seemingly conceded. Nevertheless, this is an important opinion regarding the issue of differential treatment for non-native born citizens.