The doctrine regarding a minor's access to abortion requires that statutes requiring parental permission also provide the alternative of a "judicial bypass proceeding." As explained in Bellotti v. Baird, 443 U.S. 622 (1979) (“Bellotti II”) (plurality) and affirmed in Planned Parenthood Ass’n of Kansas City v. Ashcroft, 462 U.S. 476 (1983), at a judicial bypass proceeding, a minor must be allowed to show the court either that she is mature enough and well enough informed to make her abortion decision, in consultation with her physician, independently of her parents’ wishes; or that even if she is not able to make this decision independently, the desired abortion would be in her best interests.  The Court has further required that the judicial bypass proceeding “must insure the minor’s anonymity” and that it occur with the expediency necessary “to allow an effective opportunity to obtain the abortion.”

At issue in Reproductive Health Services were provisions of the 2014 Alabama Act that mandated the participation of District Attorney and a Guardian Ad Litem (GAL) for the fetus, and provisions that allowed the participation of the minor's parent or guardian as a party. Additionally, the Act allowed disclosure of the minor's identity to anyone who needs to know and allowed the subpoena of witnesses. 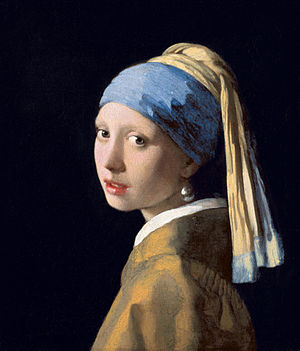 Judge Walker easily decided that these provisions were unconstitutional under Bellotti II. Indeed, in her analysis she declared the wide disclosure was a "far cry" from established doctrine. She also observed that the 2014 Alabama Act was unique: in not one of the other of the 37 states that mandate parental notification and therefore require a judicial bypass proceeding,  does a state "mandates or permits participation by a parent or guardian, the DA, a GAL for the fetus, or witnesses (other than
those called by the minor) in bypass proceedings for the purpose of providing the court
with assistance in arriving at informed and proper decisions – or, indeed, for any other
purpose."

She therefore did not reach Reproductive Health Services' additional claim that these same provisions of the Alabama Act also interfered with "informational privacy," although the opinion spends many pages discussing why this additional claim was no longer justiciable given the conclusion that the Bellotti II claim was successful. The judge also found that the provisions of the 2014 Alabama Act were severable.

[T]he following provisions of the Act are unconstitutional in their entirety: Alabama Code § 26-21-4(i) (the participation of the DA as a party), § 26-21-4(j) (the participation of a GAL for the unborn child as a party), and § 26-21-4(l) (the participation of a parent, parents, or legal guardian of the minor petitioner as a party).  The references to the DA, GAL, and other parties will be severed from Alabama Code §§ 26-21-4(c), (e), (f), (k), and (n). The Act’s provisions permitting disclosure of a minor petitioner’s identity to “any witness who has a need to know the minor’s identity or any other person determined by the court who needs to know” are too broad to ensure a petitioner’s anonymity and, consequently, are unconstitutional; thus, that language will be severed from § 26-21-4(c). The provisions of Alabama Code § 26-21-4(f) that permit the bypass court, if it determines  that “additional evidence or testimony is necessary,” to delay the bypass proceeding sua sponte to issue “subpoenas … to bring before the court admissible evidence or testimony either in support of or against the petition,” does not reasonably safeguard the petitioner’s anonymity; it opens the door to the unrestricted notification of the minor’s relatives, teachers, friends, acquaintances, and other potential witnesses concerning her bypass proceeding.

The judge did not enter a preliminary injunction, finding that the declaratory judgment sufficient.