Recall that the law, passed in 2010, prohibits any school or charter school from including in its program of instruction any courses or classes that:

Recall also that in 2013, Judge Tashima upheld most of the statute in a facial challenge based on the First and Fourteenth Amendments on summary judgment.

On appeal, in Arce v. Douglas, the Ninth Circuit concluded that subsections (3) and (4) of the statute, while not facially discriminatory, raised Equal Protection Clause issues because of evidence of their discriminatory purpose in enactment or enforcement, and found there might be First Amendment viewpoint discrimination, and remanded the case.

In his opinion on remand, Judge Tashima found both an equal protection and First Amendment violation after a non-jury trial in an opinion with extensive findings of fact. As the Ninth Circuit had instructed, Judge Tashima considered the equal protection issue regarding racial intent in light of the Village of Arlington Heights v. Metro. Hous. Dev. Corp. (1997) factors:

Judge Tashima's opinion carefully analyzes each of the factors. He noted that the anonymous blog posts of  then-Senator John Huppenthal, who  was chairman of the Senate Education Accountability and Reform Committee at the time the statute was passed, were "the most important and direct evidence that racial animus infected the decision to enact A.R.S. § 15-112." Judge Tashima rejected the defendants' argument that Huppenthal’s public statements, which were facially neutral as to race, should be considered more probative of his true intent. Instead,

The blog comments are more revealing of Huppenthal’s state-of-mind than his public statements because the guise of anonymity provided Huppenthal with a seeming safe-harbor to speak plainly. Huppenthal’s use of pseudonyms also shows consciousness of guilt. Had Huppenthal, a public official speaking in a public forum on a public issue, felt that his inflammatory statements were appropriate, he would not have hidden his identity.

In looking at the legislative history, Judge Tashima also focused on Huppenthal, who along with other officials used "code words" to refer to Mexican-Americans.  These code words included “Raza,” “un-American,” “radical,” “communist,” “Aztlán,” and “M.E.Ch.a,” were employed as derogatory terms. "In Huppenthal’s own words, the term “Raza” became “shorthand for . . . communicating with Republican primary voters” in the Tucson community." Then, considering the application of the statute to the Tucson program, Judge Tashima noted that Huppenthal had become Superintendent of Public Instruction, with an enforcement process rife with irregularities.  Essentially, it seemed that Huppenthal and other officials, believed they knew what really happened in the classrooms, with no need to investigate or believe evidence contrary to their preconceived notions.  In sum, "the passage and enforcement of the law against the MAS program were motivated by anti-Mexican-American attitudes."

On the First Amendment claim, Judge Tashima relied upon Island Trees Union Free Sch. Dist. No. 26 v. Pico (1982), that there may be a  First Amendment violation if the reasons offered by the state, "though pedagogically legitimate on their face, in fact serve to mask other illicit motivations."  Judge Tashima found that while the "stated policy" of the statute was to "reduce racism in schools, which is a legitimate pedagogical objective," the plaintiffs' argument that this was only a pretextual objective, and that the "statute was in fact enacted and enforced for narrowly political, partisan, and racist reasons was valid, "because both enactment and enforcement were motivated by racial animus" as found in deciding the Fourteenth Amendment claim.

Given the previous rulings and Judge Tashima's extensive findings of fact including on credibility, the ruling that the enforcement of the statute is unconstitutional may be the final chapter in the lengthy saga of Arizona's anti-ethnic studies statute. 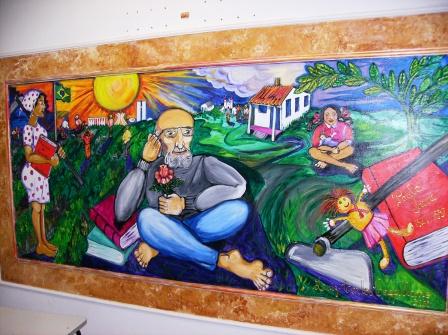