IT IS ORDERED that the order of the United States District Court for the Western District of Texas, case No. SA-11-CV-360, entered August 15, 2017, is hereby stayed pending receipt of a response, due on or before Tuesday, September 5, 2017, by 3 p.m., and further order of the undersigned or of the Court.

Recall that the three-judge court, after an extensive opinion, ultimately directed the Texas Attorney General to provide a "written advisory within three business days stating whether the Legislature intends to take up redistricting in an effort to cure these violations and, if so, when the matter will be considered."

As we discussed, the extensive opinion by the three judge court found constitutional violations, including intentional discrimination, but also rejected several of the challengers' claims. 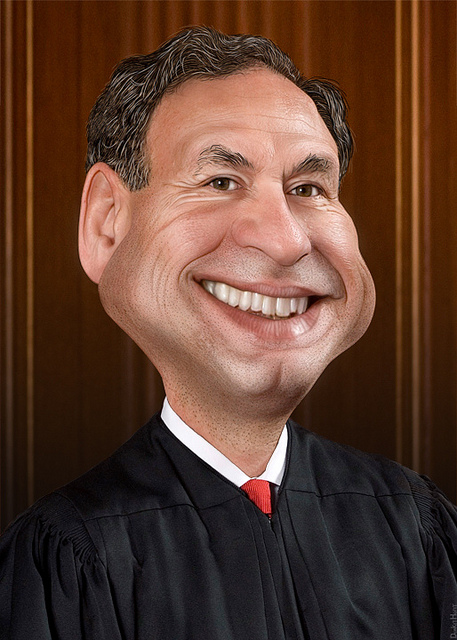 [image: Caricature of Associate Justice Alito by Donkey Hotey via ]