In its opinion in Fields v. City of Philadelphia, the Third Circuit concluded that "Simply put, the First Amendment protects the act of photographing, filming, or otherwise recording police officers conducting their official duties in public."  As the panel majority opinion by Judge Thomas Ambro noted, "Every Circuit Court of Appeals to address this issue (First, Fifth, Seventh, Ninth, and Eleventh) has held that there is a First Amendment right to record police activity in public"; the Third Circuit joined "this growing consensus."

The court noted that police recording has become "ubiquitous" and that such documentation has "both exposed police misconduct and exonerated officers from errant charges."  In considering whether the recording was First Amendment expressive activity, the court noted that the case was "not about people attempting to create art with police as their subjects. It is about recording police officers performing their official duties." Thus, at stake is the First Amendment protection of the "public's right to know": "Access to information regarding public police activity is particularly important because it leads to citizen discourse on public issues, “the highest rung of the hierarchy of First Amendment values, and is entitled to special protection.” 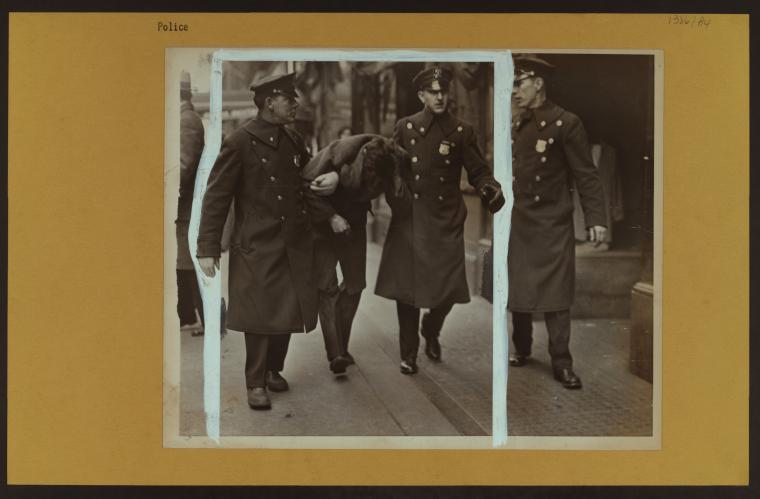 While the right is not absolute, the court noted that there was nothing in the situation before it to warrant a discussion of the limits to this constitutional right:

Defendants offer nothing to justify their actions. Fields took a photograph across the street from where the police were breaking up a party. *** If a person’s recording interferes with police activity, that activity might not be protected. For instance, recording a police conversation with a confidential informant may interfere with an investigation and put a life at stake. But here there are no countervailing concerns.

Fields, using his iPhone, was noticed by an officer who then asked him whether he “like[d] taking pictures of grown men” and ordered him to leave. Fields refused, so the officer arrested him, confiscated his phone, and detained him. The officer searched Fields’ phone and opened several videos and other photos. The officer then released Fields and issued him a citation for “Obstructing Highway and Other Public Passages.” These charges were withdrawn when the officer did not appear at the court hearing.

Fields, along with Amanda Geraci who had been involved in a separate incident involving recording, brought 42 U.S.C. § 1983 claims for retaliation for exercising their First Amendment rights.  Thus, the court confronted the question of qualified immunity. The court held that at the time of the incident - - - 2013 for Fields - - - it was not sufficiently "clearly established" so that the law "gave fair warning so that every reasonable officer knew that, absent some sort of expressive intent, recording public police activity was constitutionally protected."

Dissenting in part, Judge Nygaard concluded that the right was clearly established.  In addition to the "robust consensus" before the conduct at issue, the Philadelphia Police Department's own "official policies explicitly recognized this First Amendment right well before the incidents under review here took place." For Judge Nygaard, "no reasonable officer could have denied at the time of the incidents underlying these cases that efforts to prevent people from recording their activities infringed rights guaranteed by the First Amendment."

Certainly, after Fields v. City of Philadelphia, no reasonable officer could now successfully argue that there is not a First Amendment right to record police activity.