The Utah statute criminalized "agricultural operation interference" if a person: 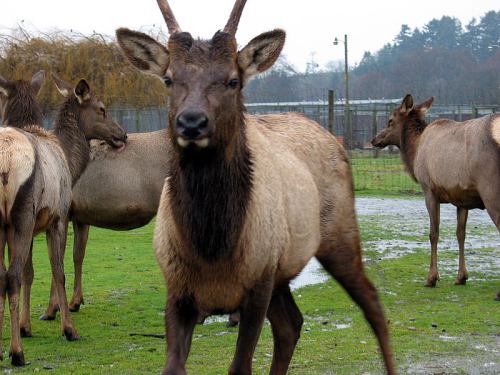 Judge Shelby's analysis of First Amendment protection for the "lying provision" included a discussion of United States v. Alvarez (2012), the "stolen valor" case, settling on a reading of Alvarez that lies that cause "legally cognizable harm" could be outside the ambit of the First Amendment.  Utah argued that the false pretenses caused two types of legally cognizable harm: danger to animals (and employees) and trespass. Judge Shelby dispatched the danger argument given that there was no connection between the lie and the danger: the "Act as written criminalizes lies that would cause no harm to animals or workers."  Judge Shelby's analysis of the trespass rationale is more detailed, considering whether the misrepresentation negates consent so that the liar becomes a trespasser.  For Judge Shelby, the answer is "not always." Relying on Fourth and Seventh Circuit pre-Alvarez cases, Judge Shelby essentially concludes that the Utah statute is overbroad:

It is certainly possible that a lie used to gain access to an agricultural facility could cause trespass-type harm; a protestor, for example, might pose as a prospective customer, and then, after being let in the door, begin causing a scene or damaging property. But the Act also sweeps in many more trivial, harmless lies that have no discernable effect on whether a person is granted access, and, consequently, on whether a person causes any trespass-type harm. Indeed, given its broad language (“obtain[ing] access to an agricultural operation under false pretenses”), the Act on its face criminalizes, for example, an applicant’s false statement during a job interview that he is a born-again Christian, that he is married with kids, that he is a fan of the local sports team. It criminalizes putting a local address on a resume when the applicant is actually applying from out of town. In short, the Act criminalizes a broad swath of lies that result in no harm at all, much less interference with ownership or possession of the facility . . . .

Utah also argued that the First Amendment did not apply because the acts involved private property rights, although one of the plaintiffs had been charged while she was on public property filming.  More importantly, however, Judge Shelby criticized Utah's argument as confusing a landowner's ability to exclude from her property someone who wishes to speak with the "government's ability to jail the person for that speech."

The applicability of the First Amendment proved to be the thorniest issue, with Judge Shelby then easily proceeding to find these were content-based provisions deserving of strict scrutiny and then easily finding that the Utah statute did not survive.  Of special interest is Utah's reliance for its government interests on protecting animals and workers from injury, despite the legislative history that "appears devoid of any reference" to such interests, instead discussing harms caused by "the vegetarian people" and others.  Judge Shelby found that the Utah statute was not necessary to serve these interests and was over- and under-inclusive:

Not only is the Act seemingly not necessary to remedy the State’s alleged harms, it is an entirely overinclusive means to address them. It targets, for example, the employee who lies on her job application but otherwise performs her job admirably, and it criminalizes the most diligent well-trained undercover employees. And it is simultaneously underinclusive because it does nothing to address the exact same allegedly harmful conduct when undertaken by anyone other than an undercover investigator.

While recognizing that Utah has an interest in addressing "perceived threats" to the state agricultural industry, Judge Shelby concluded that suppressing "broad swaths of protected speech" is not a constitutionally permissible tool to accomplish this goal. Thus, this opinion joins Idaho district Judge Winmill's 2015 decision in Animal Defense League v. Otter in a defeat for the so-called ag-gag laws.