Daily Read: Can the President Pardon Himself?

Given recent reporting that raises the specter of a Presidential self-pardon, a few sources are worth considering.

First, there is the Constitutional text itself, which is not surprisingly inconclusive on this issue. Article II §2 begins by declaring that the President "shall be commander in chief of the Army and Navy of the United States" and ends by stating "and he shall have power to grant reprieves and pardons for offenses against the United States, except in cases of impeachment."  What's clear is the exclusion of impeachment.  What's unclear is whether this power would extend to a self-pardon.

Second, although there has never been a case of Presidential self-pardon in the United States, the possibility was contemplated with regards to President Richard Nixon.  An Office of Legal Counsel Opinion, Memorandum Opinion for the Deputy Attorney General, offered a succinct answer to the "question whether the President can pardon himself":

Under the fundamental rule that no one may be a judge in his own case, it would seem that the question should be answered in the negative.

The Memo does raise several other possibilities, including one under the 25th Amendment involving the Vice-President, as well as the legislative actions.  The Memo, by Mary Lawton, was dated August 5, 1974; Nixon resigned a few days later.  A month later, President Gerald Ford issued a Proclamation with a full pardon to Nixon.

Third, a 1996 law review note article by now-Professor Brian Kalt of Michigan State University College of Law, Pardon Me?: The Constitutional Case Against Presidential Self-Pardons, springboards from the possibility that President George Bush, who had pardoned several people implicated in the Iran-Contra controversy would also pardon himself as he left office.  Kalt concludes that "the intent of the Framers, the words and themes of the Constitution they created, and the wisdom of the judges that have interpreted it all point to the same conclusion: Presidents cannot pardon themselves."

The bedrock principle that "no one can be a judge in his own case" is the foundation of the Kalt article and its sources as well as the OLC memo, as well as providing a rationale for even the possibility not being excluded in the Constitutional text. 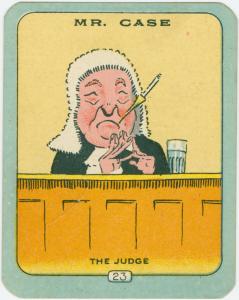 Article II §2 of the Constitution states that the President "shall have power to grant reprieves and pardons for offenses against the United States, except in cases of impeachment." It also states in §3 "he shall take Care that the Laws be faithfully executed." This defines his power with respect to law. He may not make, suspend, or repeal laws, but only execute them. He is not a monarch, and it is a source of confusion to take a term out of British monarchical practice and carry it over to American constitutional practice. That change in context changes the meaning.

The Constitution also states in Article II §2, "The Citizens of each State shall be entitled to all Privileges and Immunities of Citizens in the several States." That is essentially synonymous to a right to "equal protection" of the law, which was included in the 14th Amendment.

What is a pardon, for a president? Not for a monarch, but for a president. It is simply his determination not to enforce a criminal conviction and sentencing order of a federal court. It has no meaning until after there is a conviction, because the crime is not defined until then. Nor may he issue a pardon before conviction as a way to prevent a trial. He has no power to prevent a trial, including a trial of himself, although the court may not have personal jurisdiction over him. Nor may he use it to remove personal jurisdiction from any other individual. A court has personal jurisdiction if the defendant appears in it, unless it is a special appearance.

A pardon is not a reversal of a conviction. Even after a pardon the conviction stands, and may be enforced at any time, until it is reversed. A president cannot bind his successors, any more than a monarch may. His decisions and determinations expire when he leaves office. (That includes executive orders.) So, yes, he may pardon himself.

But the pardon doesn't last forever. The conviction may be enforced when he leaves office.

You had me convinced until I saw these words in the analysis: "...the wisdom of the judges that have interpreted it all point to the same conclusion: Presidents cannot pardon themselves." The "wisdom of judicial interpretation. Please! For me, the question is simply unsettled, though the text of Art II indicates self-pardoning is not unlawful, unconstitutional.

I have not seen the idea that a self-pardon would violate the equal protection clause of the 14th amendment discussed. Placing the President above the law and in a separate category apart from all other persons subject to the laws of the United States seems to me to clearly violate equal protection. This is a slippery slope I know. Almost any pardon could be said to do the same, and maybe that is as it should be. If the case is not so unique as to define a special class, perhaps a pardon should not be allowed.