In its opinion in Trinity Lutheran Church of Columbia, Mo. v. Comer, involving a First Amendment Free Exercise Clause challenge to a denial of state funding that was based on Missouri's state constitutional provision, a so-called Blaine Amendment, prohibiting any state funds from being awarded to religious organizations.

Recall that at the oral arguments, most Justices seemed skeptical of Missouri's argument.  However, recall that the Eighth Circuit had concluded that Trinity Church sought an unprecedented ruling -- that a state constitution violates the First Amendment and the Equal Protection Clause if it bars the grant of public funds to a church."  The Eighth Circuit relied in part on Locke v. Davey, 540 U.S. 712 (2004), in which "the Court upheld State of Washington statutes and constitutional provisions that barred public scholarship aid to post-secondary students pursuing a degree in theology."  For the Eighth Circuit, "while there is active academic and judicial debate about the breadth of the decision, we conclude that Locke" supported circuit precedent that foreclosed the challenge to the Missouri state constitutional provision. 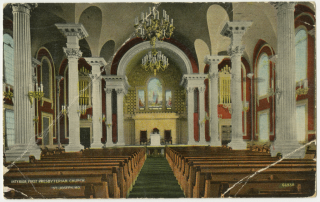 In the Trinity Lutheran opinion authored by Chief Justice Roberts, the Court characterized the Missouri policy as one that "expressly discriminates against otherwise eligible recipients by disqualifying them from a public benefit solely because of their religious character."  Relying on the Free Exercise precedent it had discussed, it concluded that if such cases "make one thing clear, it is that such a policy imposes a penalty on the free exercise of religion that triggers the most exacting scrutiny."  The Court added that "Trinity Lutheran is not claiming any entitlement to a subsidy. It instead asserts a right to participate in a government program without disavowing its religious character."

Yet the question of subsidy or funding caused some consternation amongst the Justices who joined the Chief Justice's opinion for the Court.  Footnote 3, which provides in full "This case involves express discrimination based on religious identity with respect to playground resurfacing. We do not address religious uses of funding or other forms of discrimination" is joined only by a plurality - - - Justices Thomas and Gorsuch explicitly exempted this footnote.  In two brief concurring opinions, one by Thomas joined by Gorsuch and one by Gorsuch joined by Thomas, the continued vitality of Locke v. Davey is questioned.

In the Court's opinion, Locke v. Davey is distinguished because "Davey was not denied a state-funded scholarship of who he was but because of what he proposed to do - to use the funds to prepare for the ministry." (emphasis in original).  For Gorsuch, this status-use distinction is not sufficient.

Justice Sotomayor's dissenting opinion, joined by Justice Ginsburg, and almost twice as long as the Chief Justice's opinion for the Court, is rich with originalist history as well a discussion of Locke v. Davey and a citation to the 38 state constitutional provisions similar to the Missouri one.  For Sotomayor,

Missouri has recognized the simple truth that, even absent an Establishment Clause violation, the transfer of public funds to houses of worship raises concerns that sit exactly between the Religion Clauses. To avoid those concerns, and only those concerns, it has prohibited such funding. In doing so, it made the same choice made by the earliest States centuries ago and many other States in the years since. The Constitution permits this choice.

Sotomayor points to the possible ramifications of the opinion, including the troublesome footnote 3:

The Court today dismantles a core protection for religious freedom provided in these Clauses. It holds not just that a government may support houses of worship with taxpayer funds, but that—at least in this case and perhaps in others, see ante at 14, n. 3—it must do so whenever it decides to create a funding program. History shows that the Religion Clauses separate the public treasury from religious coffers as one measure to secure the kind of freedom of conscience that benefits both religion and government. If this separation means anything, it means that the government cannot, or at the very least need not, tax its citizens and turn that money over to houses of worship. The Court today blinds itself to the outcome this history requires and leads us instead to a place where separation of church and state is a constitutional slogan, not a constitutional commitment. I dissent.

It dies seem that Trinity Lutheran opens the floodgates for claims by religious entities that they are being "discriminated" against whenever there are secular provisions for funding.