In its opinion in Sessions v. Morales-Santana, the United States Supreme Court has held that the differential requirements regarding US presence for unwed fathers and unwed mothers to transmit citizenship to their child violated equal protection as included in the Fifth Amendment's protections.  Recall that the Second Circuit had held there was an equal protection violation and had subjected the  the statutory scheme to intermediate heightened scrutiny under United States v. Virginia (VMI) (1996), rejecting the government's argument that essentially all citizenship statutes should be subject to mere rational basis review.  The Supreme Court opinion in Morales-Santana, authored by Justice Ginsburg (who also wrote VMI), was joined by Chief Justice Roberts, Kennedy, Breyer, Sotomayor, and Kagan.  Justices Thomas and Alito briefly dissented. 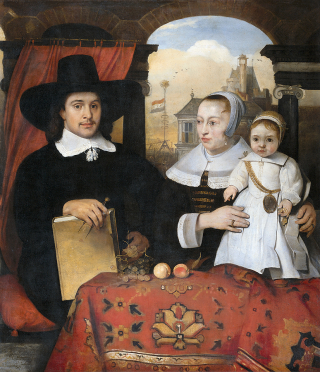 The Court first rehearses the complicated statutory scheme and facts. The Immigration and Nationality Act of 1952, codified at 8 U.S.C. § 1409(c), was the one in effect when Morales-Santana was born in 1962 outside the US to unwed parents.  His parents married each other in 1970 and he was admitted to the US as a lawful permanent resident in 1975.   In 2000, Morales-Santana was placed in removal proceedings after a conviction for various felonies and applied for withholding based on derivative citizenship from his father.  Derivative citizenship, which occurs at the moment of birth, is bestowed on a child born abroad to an unwed citizen mother and non‐citizen father has citizenship at birth so long as the mother was present in the United States or one of its outlying possessions for a continuous period of at least one year at some point prior to the child’s birth. By contrast, a child born abroad to an unwed citizen father and non‐citizen mother has citizenship at birth only if the father was present in the United States or one of its outlying possessions prior to the child’s birth for a period or periods totaling at least ten years, with at least five of those years occurring after the age of fourteen.  Morales-Santana's father, born in Puerto Rico in 1900, met the one year requirement but not the ten year requirement at the time of his son's birth.  Both parties agreed that had Morales‐Santana’s mother, rather than his father, been a citizen continuously present in Puerto Rico until 20 days prior to her nineteenth birthday, she would have satisfied the requirements to confer derivative citizenship on her child. It is this gender‐based difference in treatment that Morales‐Santana claims violated his father’s right to equal protection.

The Court finds that the Morales-Santana has standing to raise the differential as applied to his parents and that the difference between unwed mothers and unwed fathers is "of the same genre of classifications" as the one in landmark sex equality cases, thus "heightened scrutiny is in order."  The Court finds that there is no exceedingly persuasive justification and notes that the statutory scheme dates "from an era when the lawbooks of our Nation were rife with overbroad generalizations about the way men and women are."  The Court also concluded that previous immigration cases, such as Nguyen v. INS,  (2001) which upheld gender discrimination regarding establishment of paternity were not controlling.  The Court rejected the government's rationale of "risk-of-statelessness" for the children as being "an assumption without foundation."

Despite the Court's resounding conclusion that the provision violates equal protection, the Court declines to extend the shorter unwed mother residency period to the unwed father.  Instead, the "right of equal treatment" here should be a withdrawal of benefits from the favored class (women) rather than an extension of benefits to the disfavored class (men).  The Court states that any choice between the methods of achieving equal treatment "is governed by the legislature's intent, as revealed by the statute at hand."  Thus, although the general approach is extension of benefits, because the statutory general rule was the longer one, the exception for favorable treatment is the one that should be stricken.

Thus, this is one of those relatively rare equal protection cases in which the challenger wins the battle to have the provision declared unconstitutional, but loses the war because equal treatment becomes the harsher rule.